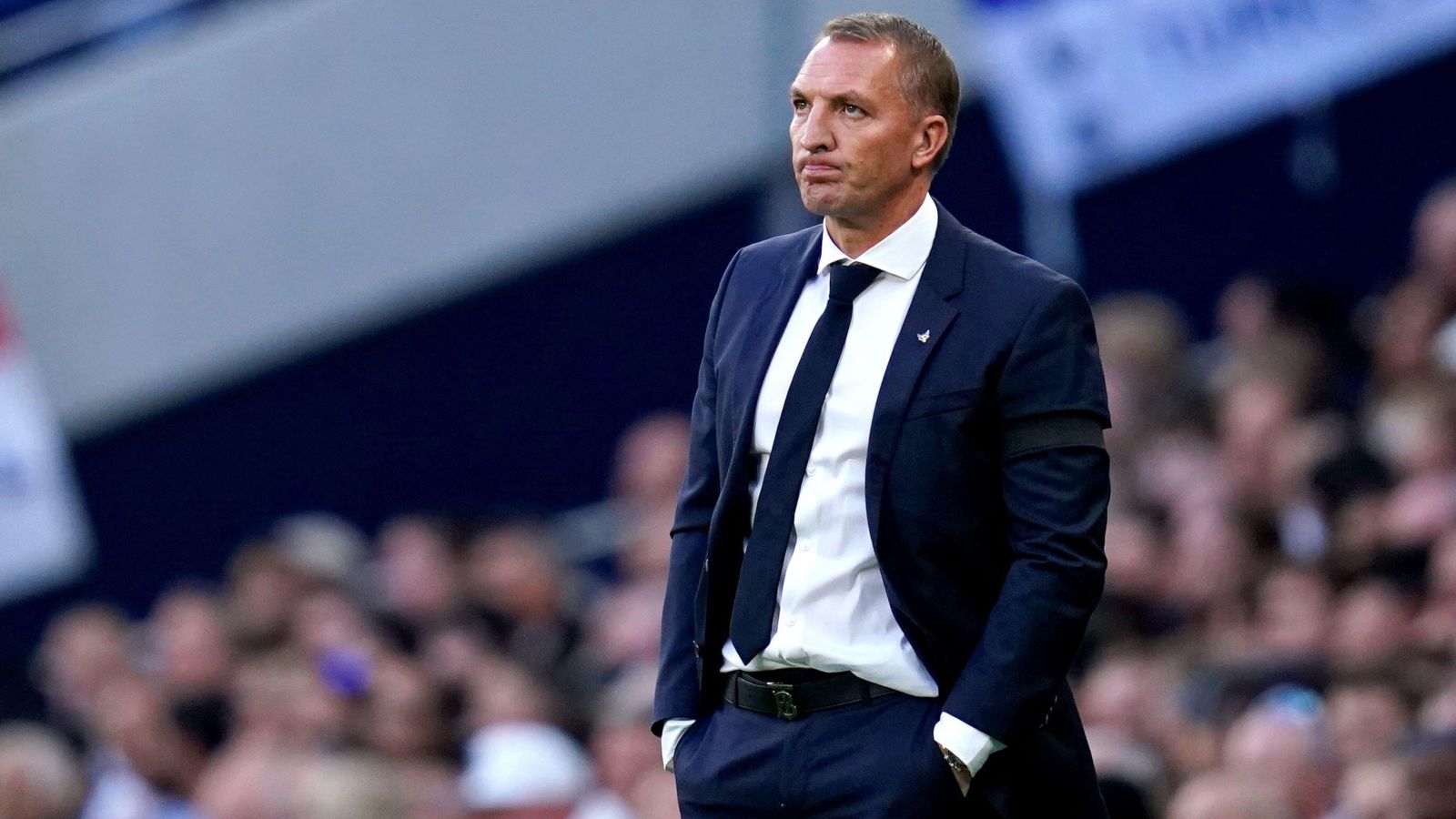 Leicester City are keeping tabs on Brentford boss Thomas Frank as pressure grows on Brendan Rodgers following their 6-2 loss at Tottenham, according to reports.

Defeat to Spurs was a sixth straight Premier League loss for the Foxes, who sit rock bottom of the league on one point from seven matches.

Leicester went into the half-time interval level with Spurs at 2-2 after an entertaining first half – but they were blown away in the second by three goals in 13 minutes from Son Heung-min.

James Maddison – who scored Leicester’s second goal against Tottenham – defended his boss in the aftermath of defeat and Rodgers was hopeful that the international break could provide them with a chance to recharge.

Rodgers told reporters: “Listen, the players, I love all of them. Since I’ve been here they’ve given me everything.

“It has been a real challenging summer and it is only probably in this last week I feel we have got sort of that rhythm back in our play, I think you saw that but we got punished.

“Obviously I know the scoreline doesn’t look good but from a coaching perspective, I saw a lot of good moments. We can take that forward into the next game against Nottingham Forest game and have a reset now.

“That Forest game is a big opportunity at home to get that first win and from that we have a real good run of fixtures where we can accumulate more points.”

With speculation over Rodgers’ future building, the Daily Telegraph claims that Leicester are ‘known to be admirers’ of Brentford boss Frank but add that ‘it is unclear whether they would be able to convince the Dane to switch clubs mid-season.’

And now transfer expert Fabrizio Romano insists that “no decision” has been made over the future of Rodgers “as of last night” as the Leicester board mull it over.

“For sure, the situation at Leicester is worrying. Brendan Rodgers’ future will be discussed internally in the next hours and days, no decision yet as of last night,” Romano told Caught Offside.

“I think it’s not just about Youri Tielemans or any individual player – the real point is that they were not able to refresh the squad, sign two or three new important players as every Premier League side did.

“One player they wanted was Jeremie Boga as a last minute target, but Atalanta rejected their proposal.”