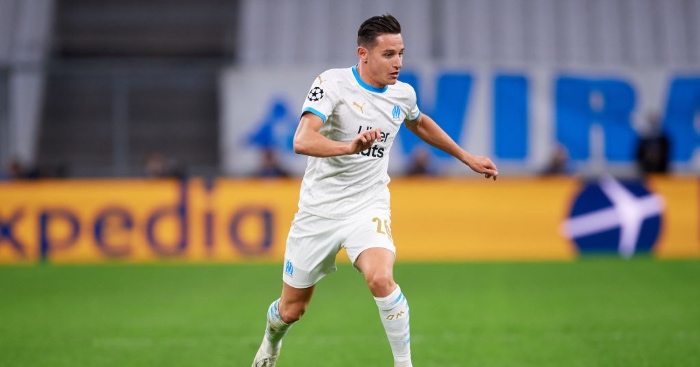 The Frenchman has been linked with the two English sides following his contract debacle.

The player is refusing to sign a new contract, meaning he will be available for free next summer.

That’s led to Marseille needing to cash in during the January transfer window.

According to Italian outlet Pieneta Milan (via Birmingham Live), Marseille want £28 million for the in-form winger.

That means either Leicester or Aston Villa can secure Thauvin’s services sooner rather than later.

A potential January deal would eliminate the possibility of Thauvin speaking to other interested parties.

He’s allowed to do that from 1st January 2021 as part of the Bosman ruling.

Marseille previously put a huge price tag of over £70 million on the 27-year-old due to his impressive form in Ligue 1.

But that situation has changed as Thauvin is now seeking the next step in his career, leaving club officials resigned to losing him.

Thauvin’s priority is thought to be a return to England and the Premier League. That would allow the player to prove the doubters wrong following his poor spell with Newcastle.

He joined for a £15 million fee and brought with him high expectations.

The player never managed to impress at St James’ Park though. He managed just one goal in 16 appearances for the Magpies and soon returned to his native France.

Since re-joining Marseille, the France international has been in exciting form.

So far this campaign he’s contributed to eight goals in nine league matches, via both goals and assists.

Performances like that have resulted in strong interest from Leicester and Aston Villa.

It’s thought Thauvin could develop a strong partnership with the likes of Jamie Vardy and Harvey Barnes at the King Power stadium.