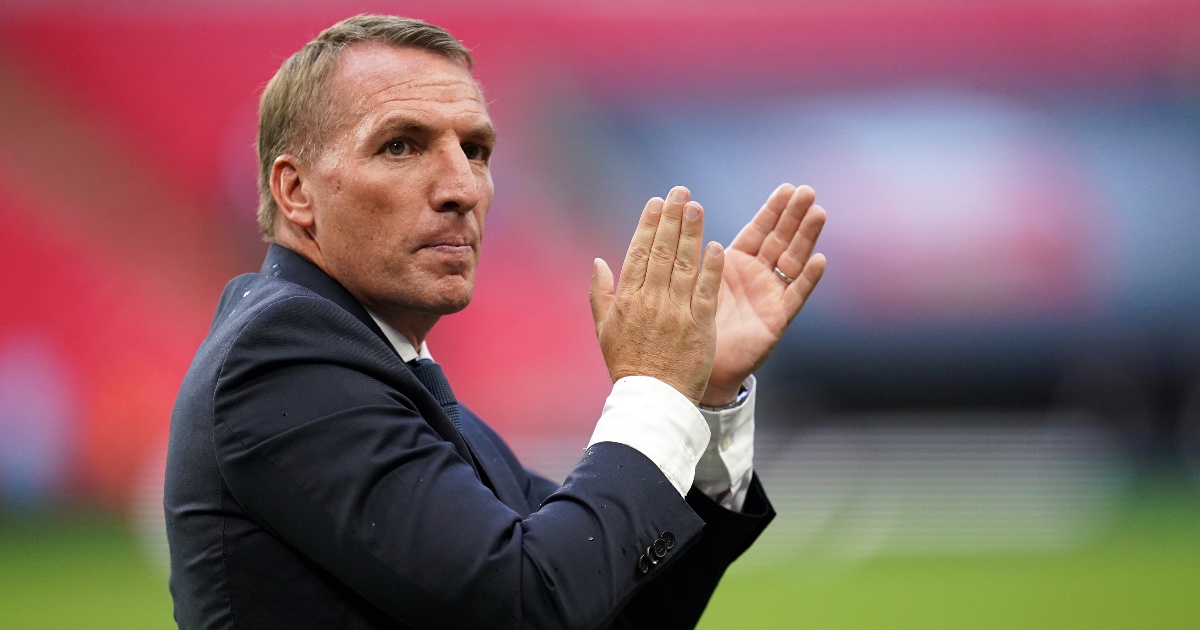 Leicester manager Brendan Rodgers is hopeful the club can complete a deal for Jannik Vestergaard ahead of their Premier League opener against Wolves.

The Foxes have been targeting a new centre-back ever since Wesley Fofana picked up a serious injury in the pre-season friendly against Villarreal.

They’ve since agreed on a £15million fee for the 29-year-old, who represented Denmark at Euro 2020.

Saints boss Ralph Hasenhuttl confirmed earlier on Thursday that the transfer would be complete once a medical had been undertaken.

Vestergaard needs to be registered as a Leicester player by noon on Friday to be eligible against Wolves.

When asked about the situation at a press conference, Rodgers said: “Clearly there has been contact by the clubs. There has been nothing finalised but hopefully we will be able to confirm that.

“We have permission from them for him to be here. Hopefully everything can be organised, then we will see if he is available for the weekend.

“Without going into detail before Jannik is confirmed as a signing, it was pretty clear we needed a centre-half. That’s probably what sparked the interest, we were very light in the area.

“It’s a great tribute to the club that we could get our work done very quickly and see if we could sign a player of quality. Once we have that done, I can speak more on it.”

The Northern Irishman also provided an update on Fofana, who underwent surgery earlier this week.

“It’s hugely disappointing for him and for us. He’s had the operation and it’s gone very well.

“Now it’s all about his recovery, but he’s in good spirits and we’ll look forward to seeing him when he can come in.”

Influential centre-back Jonny Evans is still not fully fit. He’s been suffering with a foot problem since the end of last season.

Rodgers also spoke about plans to expand and develop the King Power stadium.

Leicester are hoping to increase its capacity to 40,000 and build a 220-room hotel.

“The development of the stadium will bring us more supporters and extra revenue and extra jobs for the city. Hopefully over the next decade we can continue that success,” he said.