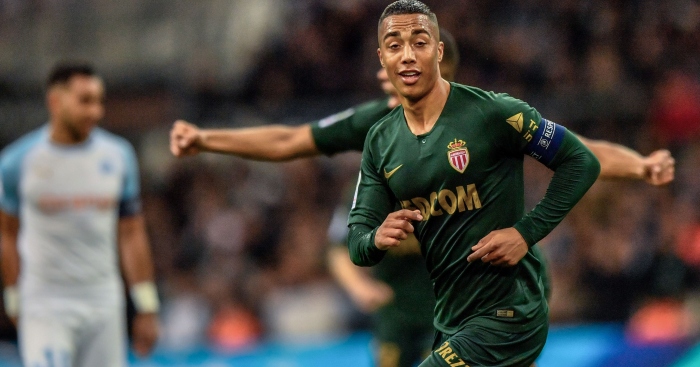 Leicester boss Claude Puel has played down the club’s reported interest in Monaco midfielder Youri Tielemans as he expects Adrien Silva to play a bigger part during the second half of the season.

Reports on Monday morning suggested Leicester were in talks with Monaco over signing Belgium international Tielemans ahead of the transfer window closing later this week.

A report from Belgium also stated Manchester United, Barcelona and AC MIlan have also made enquiries though such a prospect seems unlikely, with the speculation likely to have begun in an effort to raise interest in the player.

Indeed, Leicester boss Puel insists he is content with his midfield options and he sees Silva, who he signed from Sporting Lisbon for £22million in January 2018, as part of his plans for the remainder of the campaign.

When asked about Tielemans, Puel said: “For the moment it is just speculation. He is a good player. He has got good attributes but I have Adrien (Silva).”

Silva has made just one Premier League start all season – on the opening day against Manchester United at Old Trafford – and just a handful of other appearances in all competitions.

Puel continued: “We have a squad with some players with a desire for more game time.

“I am happy about Adrien because he can give other possibilities for the team. He offers different qualities to (Hamza) Choudhary, (Nampalys) Mendy or (Wilfred) Ndidi.

“Sometimes we can play with three midfielders and I think there will be an opportunity for Adrien to have game time in the second half of the season.”

Asked about the possibility of any incoming players ahead of the transfer window closing on Thursday, Puel said: “For the moment, I am happy about the squad.

“It is difficult to have a good opportunity in the transfer window. We have a situation to keep others.

“We started the season with a squad and experienced players and we decided to develop them in this way until the end of the season.

“Perhaps to develop the team and improve the team but at the moment it’s important to keep this squad and its focus.”

As regards, outgoings, one player who looks set to leave is midfielder Andy King. Several Championship clubs are thought to be interested in signing the 30-year-old and Puel confirmed he is happy for him to go.

“We wait and we hope we find a solution for Andy because he works hard in training and tries his best,” said the Frenchman.

“He has a professional attitude and I would like to find a solution (for him) to get game time. I have a lot of respect for Andy and it will be a good opportunity for him.”