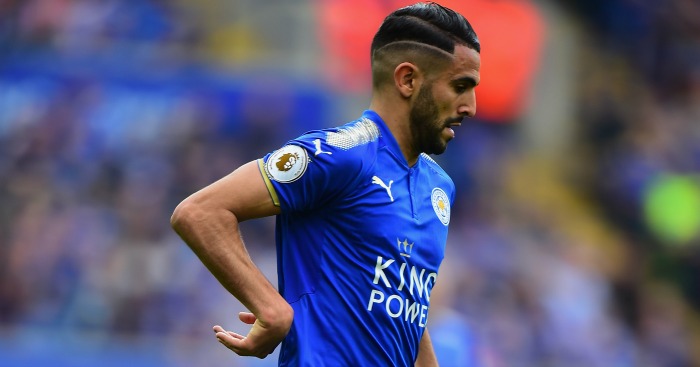 The 26-year-old returned to training for the first time on Friday after publicly stating he wants to leave the club last month.

Arsenal have been continually linked with the 2016 PFA Player of the Year who said he felt it was “time for me to move on” and that there was a gentleman’s agreement with Leicester he would be allowed to leave.

He has not handed in an official transfer request but Shakespeare said he was unaware of any agreement to let Mahrez, who signed a new four-year deal worth £100,000-a-week last summer, leave.

And he will now discuss the Algeria international’s future with Leicester due to travel to Austria for a pre-season training camp next week.

Shakespeare said: “When I sit down with him I’ll get an idea of where he’s at. With this being his first day we haven’t had a lot of time. Double sessions and it goes really quick. Before you know it, it’s 6pm of an evening and you’re thinking you’ve got to go home for a shower.

“It can be disappointing when players go public with it but I think you have to understand the modern game. Sometimes outside influences are secondary behind that and there can be reasons for that.

“If he’s selected he has to perform and if he doesn’t show commitment he won’t play. He’s got a contract with us so he has to understand that.

“We haven’t had any bids and if we don’t have one, we’ve got no decision to make. The decision making comes when we have a bid and we can assess that when it happens.”

The clubs are in talks over the 20-year-old, who has been one of Shakespeare’s top targets, with a willingness to get a deal done, Press Association Sport understands.

It is unlikely Iheanacho will join the Foxes in Austria though.

They do travel for the Premier League Asia Trophy in to Hong King next weekend. Leicester face West Brom on July 19 with Crystal Palace and Liverpool also involved in the competition.