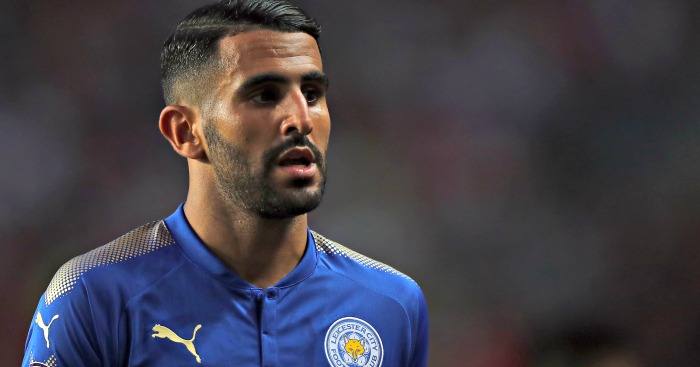 Leicester boss Claude Puel is worried a late raid for Riyad Mahrez could leave the Foxes stranded this summer.

The Frenchman is unhappy the transfer window in England closes before the start of next season while European clubs can still buy players until August 31.

Algeria international Mahrez has twice tried to force a move away in the last year, with bids from Roma and Manchester City being rejected by the Foxes.

They demanded £80million cash from City in January but, with the window closing on August 9 this year, Puel is concerned it leaves the Foxes vulnerable to losing Mahrez without a replacement on board.

He said: “Of course, it’s always difficult to manage the transfer window.

“It was a difficult winter window for different things but in the summer there will be problems because some clubs will want players at the end of the market.

“It was the same thing in the winter with Riyad, it was just two days before the end of the transfer window. It was difficult to manage with a player who is perhaps angry, we cannot appreciate this situation.

“Riyad is in contract and we will see what will happen in the summer. After that we will decide together with the owner and with the player.

“It (the early closure of the window) is not a good thing. Of course all the managers want to start the season with the transfer window stopping but other countries can continue to buy players.

“Some players can be disturbed by this.”

Winger Mahrez, who has scored 12 times in 40 games this season, has withdrawn the transfer request he lodged last summer and in January but has left his future open.

Puel, though, is eager to see the Foxes avoid another public saga with Mahrez, 27, this time.

He added: “We’ve had a lot of discussions before the end of the season. For the moment I cannot say any other thing. We have some players in contract, others at the end. We will see after the last game.

“Riyad is in contract and we will see what will happen in the summer. After that we will decide together with the owner, with the player and the situation.”