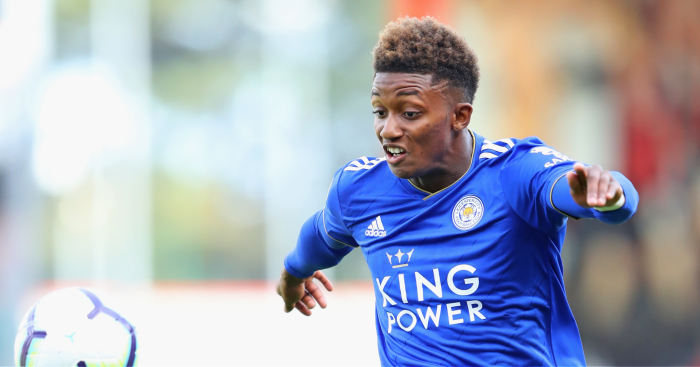 Demarai Gray‘s ankle injury is not serious but the winger could be out for up to six weeks, Leicester boss Claude Puel has revealed.

The 22-year-old suffered an ankle injury during the Carabao Cup victory over Wolves in midweek but the damage is not as bad as first feared after he was carried from the field on a stretcher.

Gray got his studs caught in the turf when making a sliding tackle at Molineux on Tuesday night, with the club fearing at first he had broken a bone.

The England Under-21 international posted on social media that he hoped to be “back in no time” but the results of the scans have shown his absence will be between three and six weeks.

“He is better this morning, but I think he will remain out of the squad for between three weeks and six weeks,” confirmed Puel in his pre-match press conference on Thursday.

“We will see if he can recover quickly. It is not a serious injury but he needs rest and rehabilitation. He will not be available for us for three weeks, minimum.”

Leicester resume their Premier League campaign away at Newcastle on Saturday and Puel joked that perhaps he and his players will walk or cycle to the north east.

The Frenchman revealed that the Foxes only arrived at Molineux just an hour before kick-off in midweek after being caught in heavy traffic, with that news following recent reports of player unrest over a five hour coach trip Bournemouth this month.

“We will walk or cycle – perhaps it will be better,” joked Puel. “But it is not important for me and it is not an excuse.

“For example, in our game against Wolves we took a hotel in the centre of Birmingham and the roads were blocked, we arrived just an hour before the game after one hour 30 minutes on the bus. But we won without an excuse.”

Gray is Leicester’s only new injury absentee, joining Matty James on the sidelines, while captain Wes Morgan is available again after suspension.