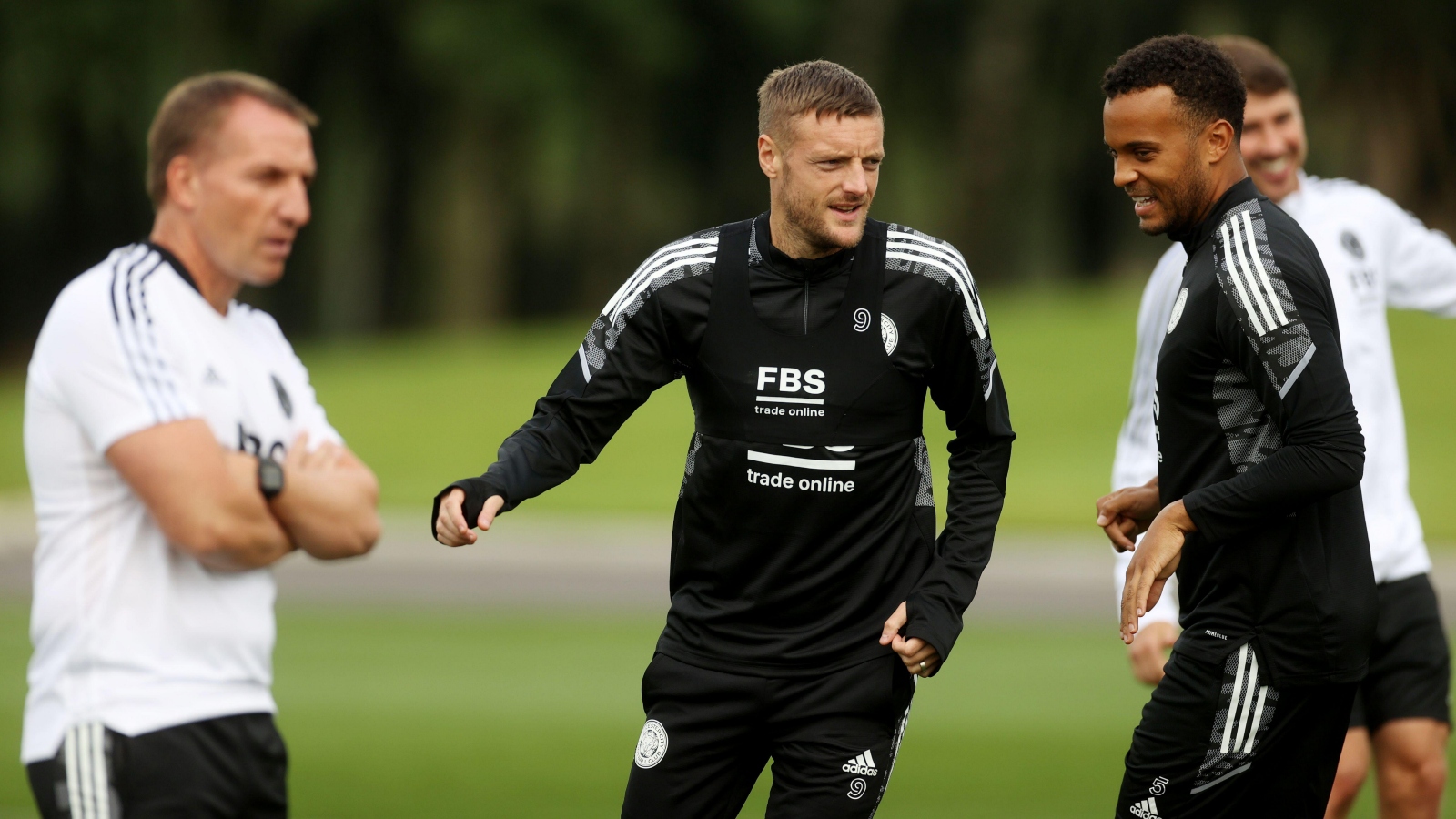 Leicester boss Brendan Rodgers says he is hoping for some “positive news” on Jamie Vardy’s injury next week ahead of the Foxes’ heavy fixture schedule.

Vardy has been sidelined since the start of last month due to a knee injury and remains unavailable for Sunday’s home Premier League game against Crystal Palace.

Leicester, held 0-0 at home by PSV Eindhoven in the first leg of their Europa Conference League quarter-final on Thursday night, will play the third of eight matches scheduled for this month.

Rodgers said: “Jamie won’t be back. He’s got a final injection on Tuesday and we’ll see what the reaction is to that.

“He can do a lot of fitness work, we’re just not quite ready there on kicking the ball. So we’re hoping we get positive news next week on that.”

Rodgers said there will be changes for Sunday’s clash with Palace. The Foxes will play the return leg against PSV in Holland next Thursday and then face a trip to Newcastle the following Sunday.

“It’s the accumulation of games,” Rodgers said. “This month alone we’ve got eight games to fit in and I’ve said to the players the same team won’t play every game.

“You can do, but you’re not going to get the same intensity and the energy that you would like.

“The attitude of the players would always be first class, but the game is about energy, intensity, urgency, so for that, naturally, we would have to make changes.”

Rodgers confirmed midfielder Nampalys Mendy and defender Caglar Soyuncu will both return to contention for Sunday’s match, while forward Ayoze Perez would be assessed after illness.

Palace will be buoyed by Monday night’s 3-0 home win against Arsenal and Rodgers has been impressed by their progress under manager Patrick Vieira.

Rodgers added: “Palace looks a really good fit for him. The team’s playing well, he looks to be enjoying it and he’s doing a fantastic job so far.

“It was always going to be (a tough game) for us, despite the result against Arsenal. We’re on the back of a European game.

“They’ve also got good physicality across their team and had a week to prepare. So good result or not against Arsenal, this was always going to be a tough game.”