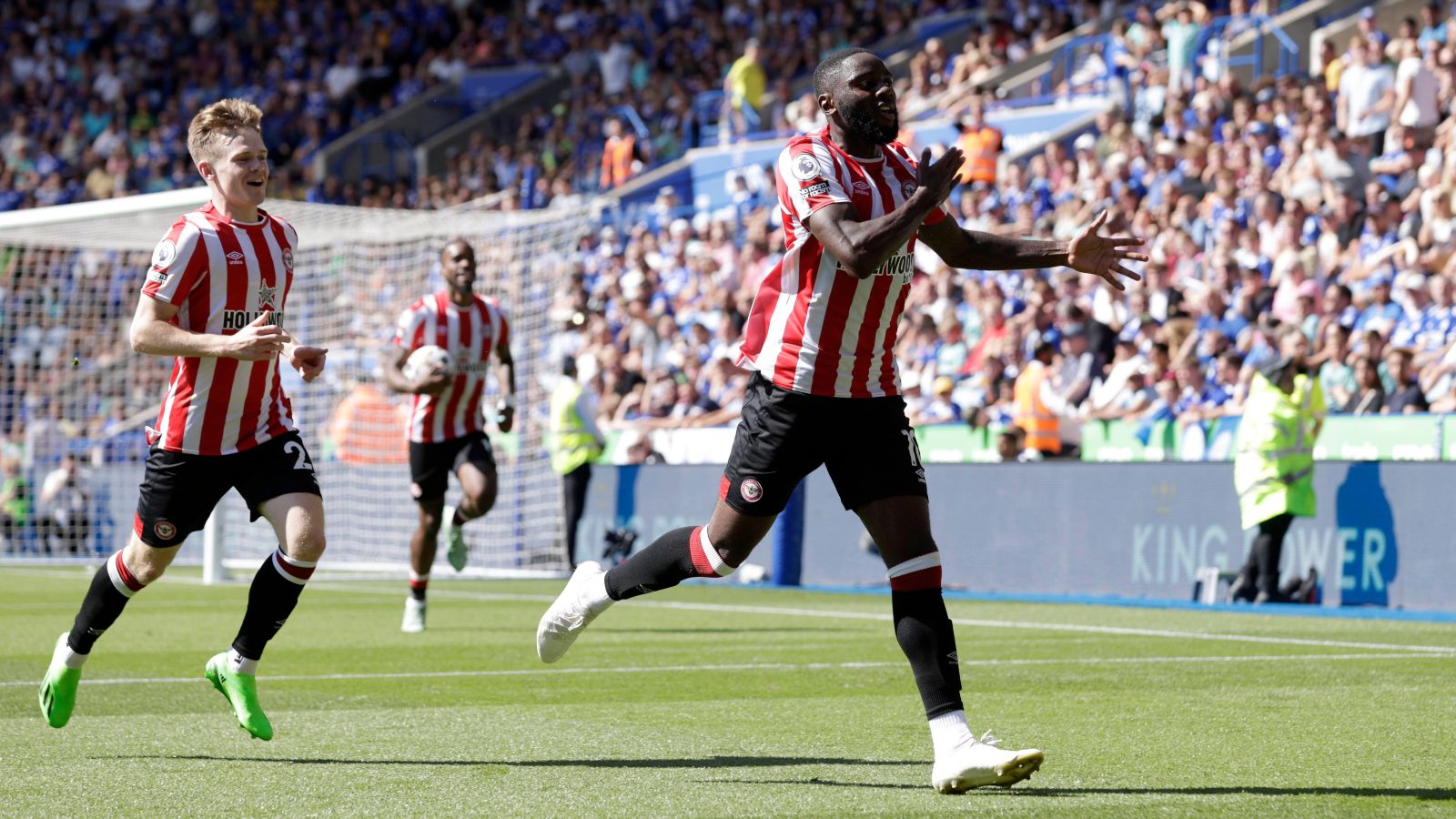 Substitute Josh Dasilva’s late rocket salvaged Brentford a point as they fought back from two goals down to draw 2-2 in their Premier League opener at Leicester.

Dasilva, a second-half replacement for Mathias Jensen, crashed home an unlikely equaliser with four minutes remaining for the Bees, who had been a clear second best for most of the match.

Leicester had been more than good value for their 2-0 lead after goals in each half from Timothy Castagne and Kiernan Dewsbury-Hall before Ivan Toney pulled one back in the 62nd minute.

The Foxes bossed the first 45 minutes to such an extent that their 1-0 interval lead was scant reward.

After Brentford forward Bryan Mbeumo volleyed straight at Leicester goalkeeper Danny Ward in the 10th minute it was one-way traffic.

Ward, preferred in goal to Daniel Iversen following Kasper Schmeichel’s departure to Ligue 1 side Nice, rarely got a touch.

Maddison was the provider when the Foxes took a deserved lead in the 27th minute as Castagne rose highest to powerfully head home his corner.

Maddison and Dewsbury-Hall were at the heart of all Leicester’s best work as Brentford sat deep and were surprisingly passive, with the former’s volley gathered comfortably by Raya.

Raya was beaten again three minutes before half-time when Tielemans’ 25-yard shot bounced off his right-hand post, but the Foxes gave the scoreline a truer reflection of their dominance just 30 seconds after the restart.

Jamie Vardy teed up Dewsbury-Hall 25 yards from goal and the impressive homegrown midfielder rifled a low shot into the bottom corner.

It looked a long way back for the Bees, but they lifted themselves out of their torpor and Toney flung them a lifeline in the 62nd minute after a rare foray forward.

Toney controlled Rico Henry’s ball into the edge of the six-yard box and, after holding off Daniel Amartey’s challenge, he hooked the ball home.

Leicester responded through Wesley Fofana’s header from Maddison’s free-kick, which hit a post before Raya pushed the rebound clear.

As the game entered the final quarter, Brentford continued to improve and went close to levelling when Toney escaped his marker at the far post and headed Mbeumo’s brilliant deep cross inches wide.

But, out of nowhere in the closing stages, Dasilva slammed home a shot from the edge of the penalty area to equalise after cutting inside on to his left foot.