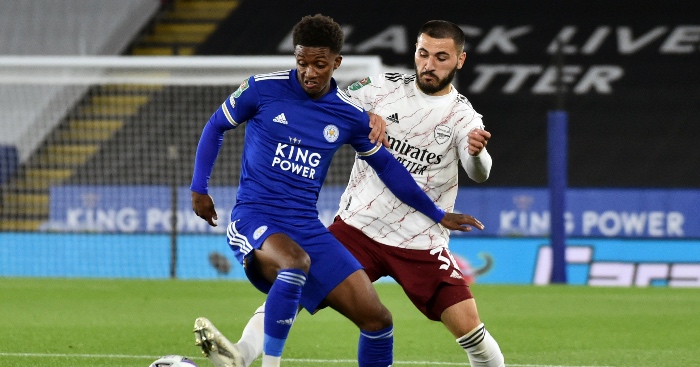 The 24-year-old has played just 18 minutes of Premier League football this campaign.

His place in the Foxes’ first team is being taken by Cengiz Under and the in-form Harvey Barnes.

READ: Concussion substitutes can be used in the PL from February 6

According to Sky Sports, Leicester have agreed a £2.7 million deal with Leverkusen to sell the player.

The report states that Gray has agreed terms with the German side.

He will travel there this weekend to finalise the transfer before the January deadline.

Leverkusen have beaten a number of interested clubs to his signature.

Gray has been linked with Leeds United and Marseille in recent months.

He was also being monitored by fellow Premier League side Crystal Palace.

Leverkusen are hopeful that Gray can rediscover his form in the Bundesliga.

Jadon Sancho and Jude Bellingham are two examples of English players enjoying success over there.

Gray joined Leicester from Birmingham in 2016 for a £3.7 million fee.

He was an exciting talent at the time, going on to represent England at U21 level on 26 occasions.

The winger enjoyed a good season during the 2018/19 campaign. He appeared in 34 of the Foxes’ 38 league matches, scoring four goals.

He’s struggled to replicate that importance to the first team since, however.

Last season, Gray played 21 times in the league. He didn’t play a full 90 minutes once under Brendan Rodgers.

He will now join up with former Man Utd defender Timothy Fosu-Mensah in Germany. The Dutchman completed a move to Leverkusen earlier this month.

Gray isn’t the only player set to leave the King Power Stadium. Midfielder Hamza Choudhury will likely leave on loan.

Southampton, Newcastle and West Brom are in the hunt to sign him.