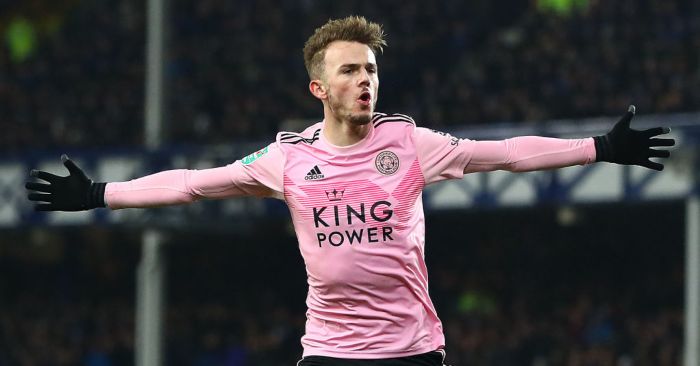 Leicester City midfielder James Maddison should snub any offer from Manchester United to wait for a possible move to either Liverpool or Manchester City, according to ESPN pundit Steve Nicol.

There have been no official bids for Maddison from the Red Devils despite months of speculation and any move by United would be a lot more likely in the summer.

Liverpool and City have been linked with the England international but Man Utd‘s new policy for buying the best young British players means it would be a good fit for the Old Trafford club.

“Under normal circumstances this would be kind of a no brainer, somebody like him, playing at a provincial side shall we call them in Leicester City,” Nicol told ESPN FC.

“The big guns of Manchester United come calling for you and it’s only a matter of, can the two clubs sort it out financially? That’s what used to happen.

“The bottom line is, is it going to benefit this guy going to United right now? I don’t think it would. I think it would help him to keep playing in the way he has at Leicester.

“I’d suggest if I’m him, I hang around and wait. Wait for a Liverpool or a Manchester City.

“If Paul Pogba can go to Man United and his game suffers, with the experience he has, why wouldn’t it happen to James Maddison?”