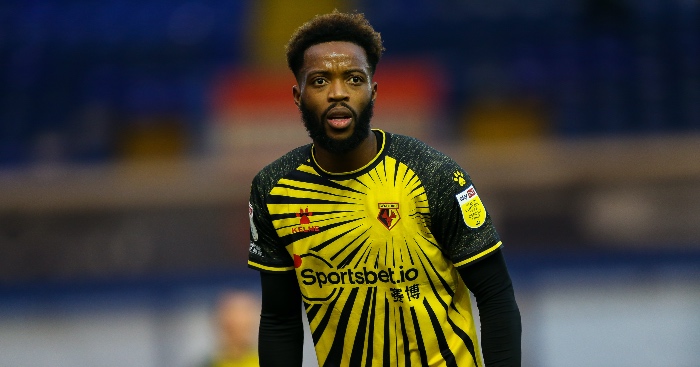 Leicester City are considering a move for Watford midfielder Nathaniel Chalobah, according to reports.

The Foxes are lacking options in the position following injuries to Dennis Praet and Wilfred Ndidi.

Young midfielder Hamza Choudhury is being linked with a loan move, but that could depend on whether Leicester bring anyone in.

According to Sky Sports, Leicester are looking at a potential move for 26-year-old Chalobah.

They’re exploring the possibility of a loan move until the end of the season.

Chalobah would likely play in midfield alongside the in-form Youri Tielemans to solve their problems.

Praet looks set to miss around three months, while Ndidi is on the sidelines due to a hamstring injury.

After the 3-1 loss to Leeds United, Rodgers was asked whether he wanted to sign a midfielder. He said: “Yes. It’ll be good for the team, we have a gap there so the club will work hard at looking to get someone in.

“Our idea is to get a midfield player. If we can do that, then great.

“I know Nathaniel from my time working with him at Chelsea, but I know lots of players and there are a number of players that we’re looking at.”

Rodgers was head of the Chelsea academy from 2004 to 2006, working as the reserves manager afterwards.

He managed Chalobah before the Englishman secured a move to Watford in July 2017.

He has since gone on to play for the Hornets 113 times. That includes 22 appearances as they were relegated from the Premier League last season.

Arsenal’s Ainsley Maitland-Niles is an alternative for Leicester. The King Power stadium is thought to be his destination of choice, should the player leave North London.

The Foxes targeted Real Madrid’s Martin Odegaard earlier this month. They were ultimately beaten to the transfer by the Gunners.