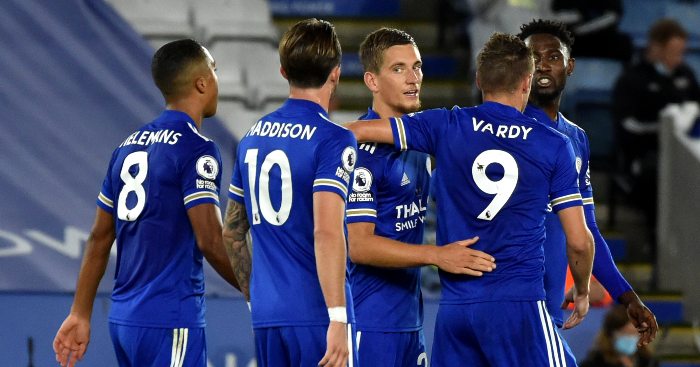 Leicester City midfielder Dennis Praet is set to miss three months of action as a result of a “hamstring tear”, according to reports.

Praet joined Leicester from Sampdoria in August 2019. The Belgian international signed a five-year contract in a deal that was worth around €20m.

The midfielder made 36 appearances for the Foxes across all competitions last season. Praet started the new campaign strongly, as he started seven out of their first eight league games.

F365 FEATURES: How long since every Premier League club has topped the table

But he has struggled for game time of late. Praet has been left on the bench in three out of their last five Premier League games.

The 26-year-old was handed a start in Leicester’s FA Cup third round tie against Stoke City. The Foxes won 4-0 and Praet was brought off in stoppage time for Nampalys Mendy.

It has since emerged that Praet has suffered a hamstring injury. Speaking after the Stoke victory, as reported by their official website, Rodgers confirmed that Praet had sustained an injury:

“It looks that way [hamstring injury], yes. He’s obviously getting strapped up inside. It’s unfortunate because we wanted to give him 90 minutes today, and unfortunately towards the end it looks like he’s done that.”

Belgian outlet Het Belang van Limburg, as cited by Sport Witness,  have reported that Praet will be “out of action for several months”. It is also stated that the player has suffered a hamstring tear that will keep him out for around three months.