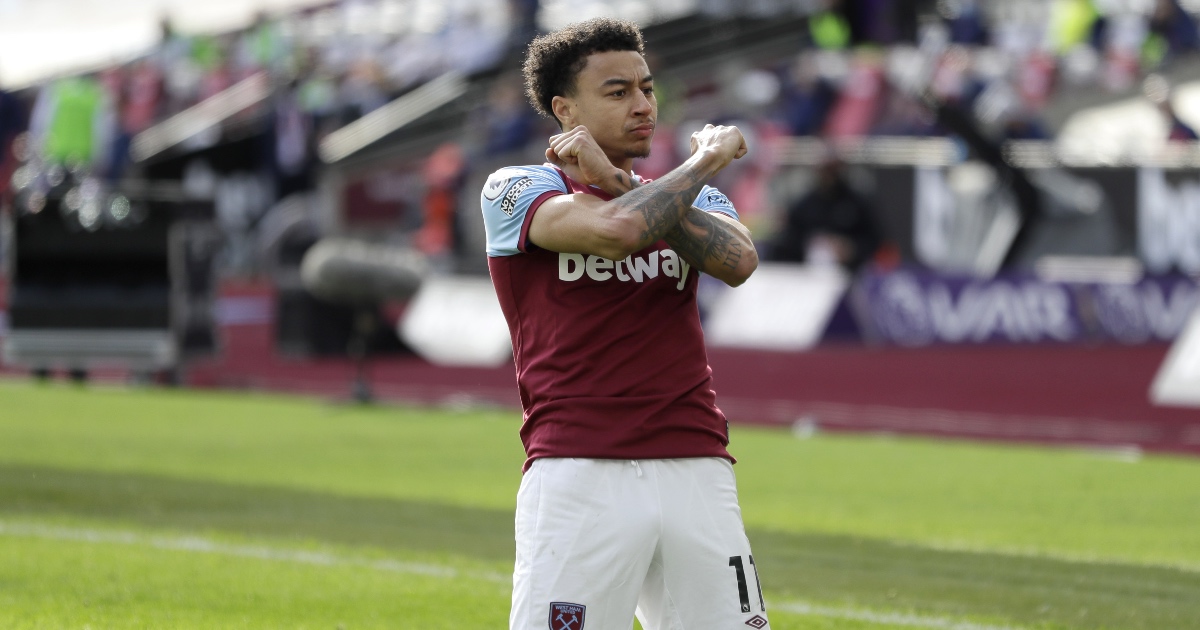 Leicester City will rival West Ham for the permanent signing of Jesse Lingard this summer, according to reports.

Lingard is on loan with the Hammers after securing a move away from Man Utd in January.

He’s been in great form in the last few weeks, scoring a brace against Aston Villa and another against Spurs.

That form has seen him grab the attention of Brendan Rodgers and Leicester City.

According to the Express, the Foxes are hoping to sign Lingard ahead of West Ham once his loan ends.

Leicester have been impressed by his resurgence in the Premier League.

Lingard has adapted well in the capital despite barely playing at Old Trafford this season.

Club officials are aiming for Lingard to link up with James Maddison and Jamie Vardy in their attack.

West Ham will offer plenty of competition, however.

They’re undefeated in four matches since he joined the club and could make the move permanent.

Declan Rice recently commented on Lingard’s future, saying: “I’m so happy that we have got Jesse here. Hopefully we can do that for much longer, for next season as well.

“Jesse is top. I knew this from when I played with him for England. He’s a ridiculously good player.

“When you give Jesse the ball you know he is going to do something with it. And he has got a great personality as well. The lads have really taken to him.”

Lingard was hoping to return to the Man Utd first team during ‘Project Restart’ last year.

But he saw his route to the first team blocked by the likes of Marcus Rashford, Mason Greenwood and Anthony Martial.

This summer could be a huge one for Lingard’s future with two Premier League sides vying for his signature.