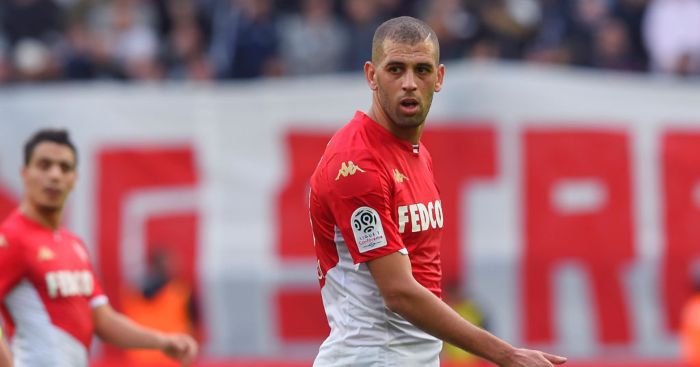 Manchester United want to sign Leicester City striker Islam Slimani on loan before the January transfer deadline, according to reports.

The Algerian, who scored just eight Premier League goals in 35 appearances for Leicester, remains on the books at the King Power Stadium but has been on loan at Monaco this season.

Slimani, though, has been in fantastic form for the French side this season bagging seven goals and providing seven assists in 13 Ligue 1 appearances.

And the Daily Mail claims that Man Utd are now ‘desperate to bring in a striker’ and are ‘eager to bring in Slimani on loan’.

The 31-year-old ‘has asked to end his loan at Monaco’ after the Red Devils made their interest known.

Slimani has had to make do with a substitute role at Monaco in recent weeks, but he is now being considered by United – who Leicester have said will have to pay £4million to sign him on loan until the end of the season.