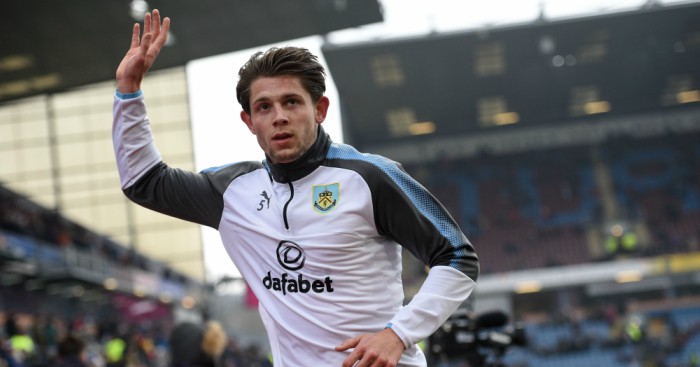 Leicester City have reportedly set their sights on Burnley defender James Tarkowski, who is also the subject of interest from West Ham.

Brendan Rodgers’ side are plotting a £30 million deal for the 27-year-old, according to the Daily Star.

It follows a recent £25 million offer from West Ham which is set to be rejected by Burnley chiefs.

FEATURE: Five players Man Utd should sign to challenge for the title

Tarkowski had another impressive campaign during the 2019/20 season as Burnley finished tenth.

He was an important part of the side’s defence, which was one of the most effective in the league.

Tarkowski’s displays in recent seasons have earned him plenty of admirers and even a few England call-ups. He’s represented England twice to date.

Leicester are aiming to improve their defensive options over the summer, after having sold Ben Chilwell to Chelsea for around £45 million.

Tarkowski is seen as the perfect signing to provide competition with Jonny Evans and Caglar Soyuncu at centre back.

One potential stumbling block for Leicester will be the price tag. Burnley are desperate to keep one of their star performers and value him at £50 million.

This means Leicester will have to increase their price or offer an additional player if they are to succeed.

Tarkowski isn’t the only Burnley player to be linked with a move away from Turf Moor.

Goalkeeper Nick Pope has been viewed as Kepa Arrizabalaga’s replacement by Chelsea bosses, although he signed a new contract back in 2019.

Striker Chris Wood has also been linked with a with a surprise move to Lazio. The Italian outfit are yet to table an offer.

Leicester have been fairly quiet so far this transfer window. Their only major signing is Timothy Castagne, who joined for £25 million from Atalanta.

The Belgian can play at either left-back or right-back, which means he can replace Chilwell if needed.