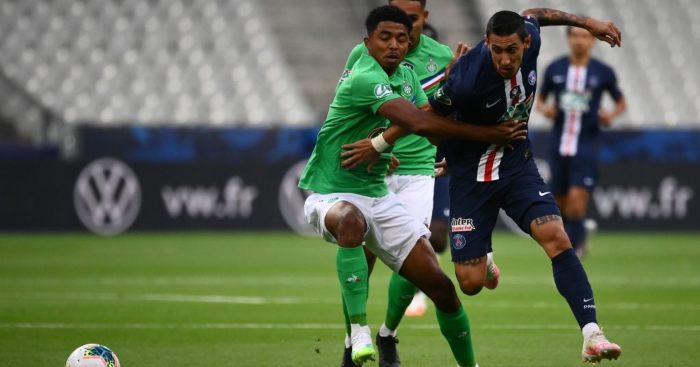 Premier League side Leicester City have signed Wesley Fofana from St Etienne on a five-year deal.

The 19-year-old defender joins for an initial £32million ahead of Monday’s transfer deadline.

It ends the Foxes’ interest in Burnley centre-back James Tarkowski after they had a bid worth more than £30million rejected last month.

Fofana said: “I’m very happy to be here. I’ve watched Leicester closely since they won the title and they’re a top club in the Premier League.

“I know I will learn a lot from the players and the manager here, which is one of the main reasons I came. I can’t wait to get started.”

Last month the centre-back urged St Etienne to let him leave for the King Power Stadium after an opening bid was rejected.

“I’ve received a lot of offers,” he told L’Equipe. “It’s normal to have them checked with my agents. They didn’t agree to me talking. But what just happened broke something in me.

“My decision is made: I accept an offer. Yes (to Leicester). I’ve always dreamed of playing in England.”

Fofana made his debut for St Etienne in May 2019 and has made 26 appearances in all competitions for Les Verts.

He has also been named in France’s Under-21s squad for this month’s Euro 2021 qualifiers against Liechtenstein and Slovakia.

He made 14 appearances in the French top tier last term and was part of the side which reached the final of the Coupe de France, where they lost 1-0 to PSG.

He has played four times in Ligue 1 this season, helping his team keep three clean sheets and sit fourth.