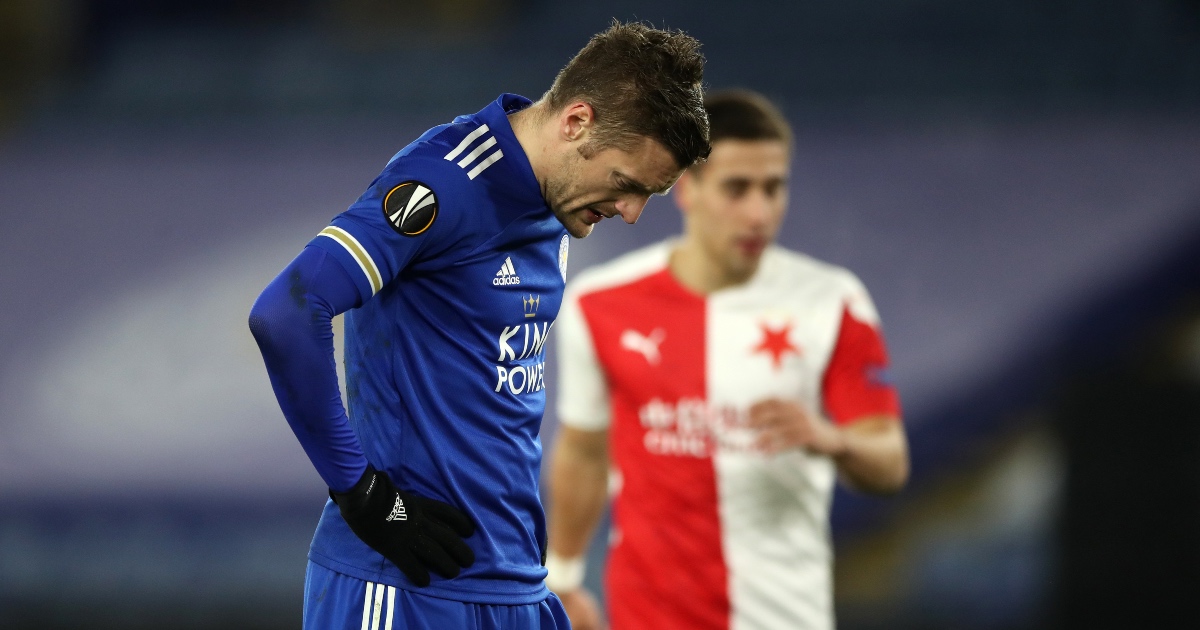 Lacklustre Leicester crashed out of the Europa League after a tame defeat to Slavia Prague.

Lukas Provod and Abdallah Sima struck in the second half to settle the last-32 tie 2-0 on the night and on aggregate.

READ: Henry resigns as Montreal manager due to family reasons

Rodgers has never reached the last 16 of the competition after four previous failures with Liverpool and Celtic and his latest miss on Thursday.

The wheels began to fall off Leicester’s Champions League hopes this time last season as they ultimately finished fifth and they now must ensure this blow does not cause lasting damage.

They remain third in the Premier League, also facing an FA Cup quarter-final with Manchester United next month, and the club are on an upward curve but this defeat will hurt.

Locked at 0-0 from the first leg the Foxes were favourites but Slavia boss Jindrich Trpisovsky predicted a defensive start and so it proved.

Leicester found chances hard to come by against the organised Czech champions – although they nearly gifted Slavia an opening after 28 minutes.

Caglar Soyuncu miscued his clearance from Nicolae Stanciu’s long ball and Sima raced onto it but his shot dropped wide with Kasper Schmeichel scrambling.

Only Cengiz Under’s cross and low early drive kept Ondrej Kolar alert and Slavia were prepared to wait as they slowly gained a foothold in the game with Jan Kuchta heading wide six minutes before the break.

Without the injured James Maddison’s creativity and Harvey Barnes’ driving runs – with the winger starting on the bench – Leicester could not spark any momentum and played into the visitors’ hands.

Jamie Vardy kicked an advertising board in anger as one cross was intercepted by Kolar to sum up the Foxes’ first-half frustrations.

Vardy has now scored just once in 11 games – a gift of a goal from Alisson Becker against Liverpool – with the striker yet to find top gear before and after a minor hernia operation in January.

And his woes grew when Slavia opened the scoring four minutes into the second half.

Stanciu hung a deep cross to the far post and Provod arrived unmarked to sweep a controlled volley past Schmeichel from seven yards.

It ended Leicester’s run of 234 minutes without conceding in the Europa League and left the hosts needing to score twice.

Rodgers aimed to fix the Foxes’ lack of penetration with the triple substitution of Timothy Castagne, Ricardo Pereira and Barnes on the hour.

But resilient Slavia resisted the fresh legs and settled the tie with 11 minutes left.

Sima collected Peter Olayinka’s pass and when Soyuncu failed to close him down the forward found the bottom corner from 25 yards.