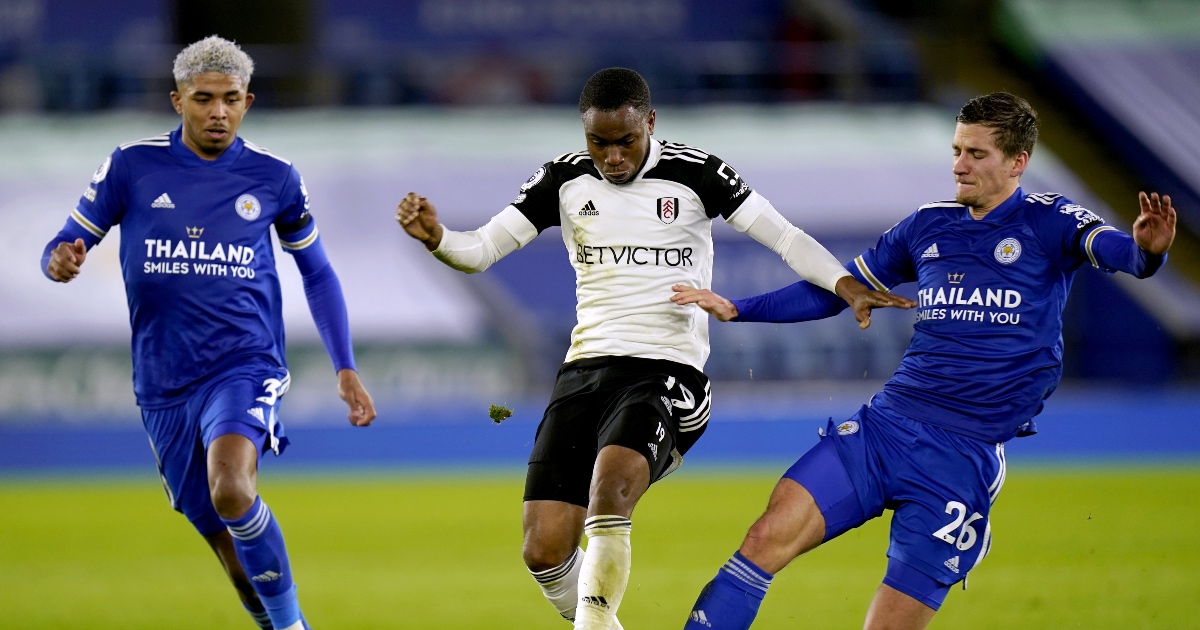 Leicester City are hoping to sign English winger Ademola Lookman from RB Leipzig, according to a report.

Lookman spent the 2020-21 campaign on loan at Fulham, where he made 34 Premier League appearances and scored four goals.

However, he could not help the Cottagers to avoid relegation, as they finished 18th on just 28 points.

The talented 23-year-old could now return to England before the window slams shut on Tuesday at 11pm.

According to The Athletic‘s David Ornstein, Leicester have entered talks with Leipzig over a move for Lookman.

They are aiming to sign him on an initial loan deal, with the option to buy next summer.

It’s reported that all parties are keen for the transfer to go ahead. It would give Lookman the chance to impress at a club fighting for Champions League qualification, rather than for Premier League survival.

Leipzig, meanwhile, could receive a substantial fee for the player next year if he impresses at the King Power.

Leicester officials will need to work hard to get the deal over the line in the next two days. They are yet to reach an agreement over Lookman’s wages or the potential transfer fee.

The London-born attacker came through Charlton’s academy, before being signed by Everton in January 2017.

He was loaned to Leipzig the following year and went on to join them permanently for around £22.5million.

However, he was forced to join Fulham on loan last term after falling down the pecking order in Germany.

Lookman could become Leicester’s fifth summer signing. They have had a successful transfer window, bringing in the likes of Ryan Bertrand, Patson Daka and Boubakary Soumare.

Their most recent arrival is Denmark centre-back Jannik Vestergaard. He was signed from Prem rivals Southampton for £15m.

On the move, Vestergaard said: “I’m very happy and I’m really excited to get going. It’s a special club that has done very well over many years and I think the project is very, very exciting, even from the outside looking in. To be a part of it is a big thing for me.

“I know a couple of the players, and Kasper [Schmeichel] and Ryan [Bertrand] I know very well and get along with off the pitch, so that’s going to be very easy. Just from my first impression of the guys in the dressing room, they’re a good bunch, and I’m sure I’ll settle in very quickly.”

Leicester’s next fixture is against Manchester City on Saturday September 11 at 15:00.