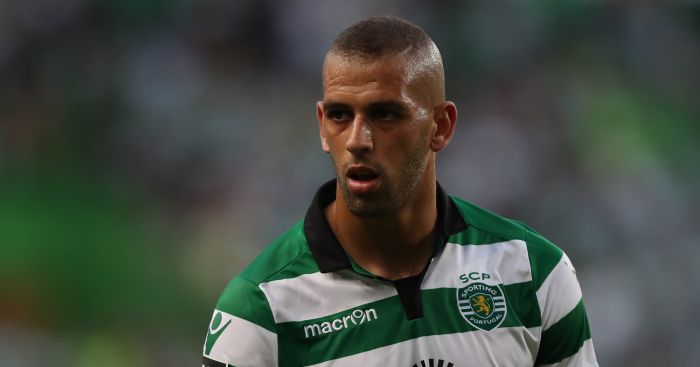 Leicester are confident of landing Islam Slimani and Adrien Silva from Sporting Lisbon, according to the Press Association Sport.

The pair are keen on a move to the King Power Stadium and the Foxes believe they can wrap up deals before the closure of the transfer window.

Sporting have been asking for 40million euros – around £34million – for Slimani and while the Premier League champions will not be held to ransom a deal is likely to be struck.

Slimani wants to link up with Algeria team-mate Riyad Mahrez and play in England with West Brom having had a bid rejected earlier this month. The Baggies are unlikely to revive their interest.

Any deals are likely to be club record offers and would eclipse the £16million the club paid CSKA Moscow for forward Ahmed Musa in the summer.

Midfielder Silva was part of the Portugal squad squad which won Euro 2016 while Slimani scored 27 goals in 33 games as Sporting finished runners up to Benfica in the Primeira Liga last season.

Sporting team-mate William Carvalho has been linked with a move to West Brom but is likely to prove too expensive for Albion.

Meanwhile, Gokhan Inler has left Leicester to join Besiktas on a three-year deal.

The midfielder only made five league appearances for the Foxes last season after signing for £5.5million from Napoli 12 months ago as Danny Drinkwater and N’Golo Kante restricted his playing time and had been told he could leave by Ranieri.