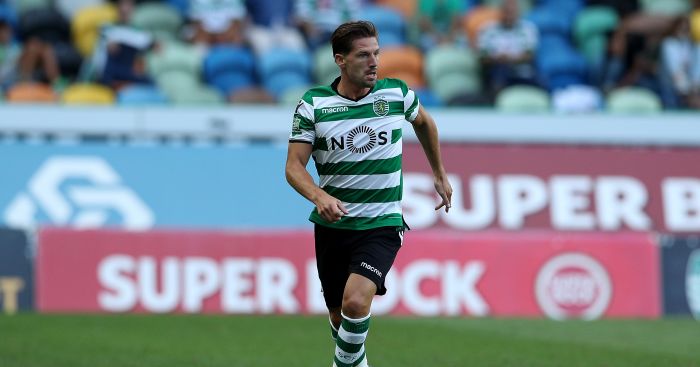 Leicester are awaiting international clearance to complete the transfer of Adrien Silva from Sporting Lisbon.

The Premier League club are confident they managed to sign the Portugal midfielder in time, after being granted a two-hour extension to get the deal done after Thursday night’s 11pm deadline passed.

Silva’s move hinged on Danny Drinkwater sealing a switch to Chelsea and the window closed with Silva at Leicester’s training ground and Drinkwater at Chelsea’s Cobham base.

The paperwork for both deals was submitted on time and Drinkwater was announced as a Chelsea player at 1.30am on Friday morning but because Silva is an international transfer, Leicester have been waiting on clearance to announce the deal.

However, Sporting have said in a statement: “Sporting Club de Portugal… informs the market that we have reached an agreement with Leicester City Football Club for the definitive transfer of the sporting and economic rights of the professional soccer player Adrien Silva.

“The registration of the same (player) is awaiting confirmation of FIFA.”

Silva is a product of Sporting’s academy and has had loan spells at Maccabi Haifa and Academica. He has earned 20 caps for Portugal, despite being born in France.

Leicester appear to have held on to Riyad Mahrez – for the time being at least.

The winger, a key figure in the Foxes’ remarkable title triumph in 2016, had been allowed to leave the Algeria squad and return to Europe to “formalise his transfer to his new club”, the Algerian Football Federation announced late on Wednesday.

There were reports throughout Thursday of Mahrez, who submitted a transfer request at the start of the summer, being spotted across Europe but the day passed with no new offers when the English transfer window closed on Thursday night.

Chelsea, Tottenham and Barcelona were linked with Mahrez but Leicester stuck to their valuation of the player, thought to be upwards of £40million. Roma were the only club to actually make offers for the former PFA Player of the Year and their bids were nowhere near Leicester’s asking price.

Meanwhile, Press Association Sport understands Demarai Gray had told Leicester he wished to move to Bournemouth after the Foxes rejected a £25million bid from the Cherries for the winger on Wednesday.

Leicester were keen to sign a central defender after having a second bid for West Brom captain Jonny Evans rejected this week. They turned their attentions to Calum Chambers but had a bid turned down by Arsenal before being told the 22-year-old was not for sale.

Leicester did finally get a centre-back through the door in the shape of Austria international Aleksandar Dragovic from Bayer Leverkusen on a season-long loan. Elsewhere, Nampalys Mendy was offloaded to Nice on loan.