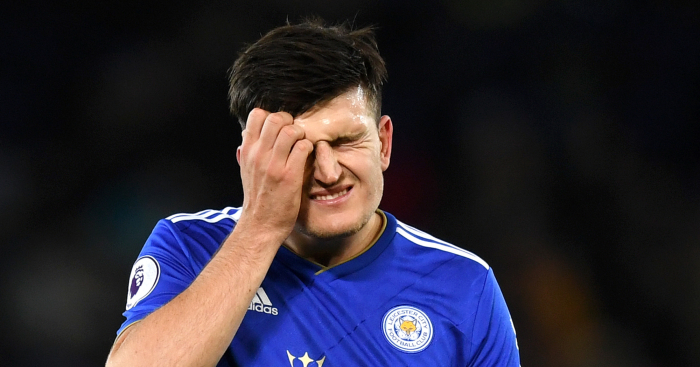 “Everyone knows Harry’s qualities and his importance to the squad,” said Leicester manager Claude Puel on Tuesday. “But the most important thing for me is I want a squad with players close between themselves with quality.”

It seems like a novel approach. Leicester signed three centre-halves this summer for £3.5m, £13m and £19m respectively, all while rejecting advances as high as £60m for Harry Maguire. Such disparate valuations inevitably establish something of a pecking order, yet Leicester are reluctant to let their children know which is their favourite.

Their modern success has been built on continuity and stability. In four of the last five seasons, one centre-half has been almost, if not completely, ever-present. Harry Maguire played every minute last season, as did Wes Morgan in 2015/16. The Foxes’ indestructible captain started all but one of Leicester’s league games in 2014/15 and 2013/14 respectively. Central defensive familiarity has bred contentedness.

But Puel has sought to move away from such potentially damaging over-reliance. In their Premier League title-winning campaign, Wes Morgan was partnered with Robert Huth for 35 games, with Marcin Wasilewski filling in for the German in the other three. The Foxes have already handed league starts to five different centre-halves this season – more than any other club.

That is no mistake. Leicester spent the most money (£35.5m) of any Premier League side on centre-halves in the summer, with only Everton (£27.1m), West Ham (£26m) and Fulham (£20m) coming anywhere close. It was always a level of investment intended to increase competition in a previously non-competitive position.

Maguire is the star, but he is no longer out of reach. Back in September, Puel feared that “all the criticism will follow” if he was to hand the 25-year-old a much-needed post-World Cup rest, but a timely injury has offered the manager the perfect excuse. Leicester have kept three clean sheets in four games without him, remaining unbeaten in the process and reaching the quarter-finals of a League Cup they fully intend to win.

To thrive without their best centre-half was unthinkable before, but Puel’s central defensive equality control has paid dividends. Morgan has improved immeasurably after being asked to shoulder a bigger burden, while Jonny Evans has stepped up to the plate and hit a home run. The young and impressive Caglar Soyuncu is ensuring neither are resting on their laurels with impressive performances in the West Ham draw and the Southampton cup win.

“It was a good opportunity for Wes, Jonny Evans and Soyuncu to show their quality,” Puel said on Tuesday, having turned the negative of Maguire’s injury into the biggest positive of Leicester’s season. “It is a good thing and I am happy with this.”

The manager was not bluffing when he suggested Maguire should not expect to walk straight back into a team that has improved without him when he returns to full fitness. The manager finally has options and he intends to use them.

Evans has started six league games, and played his part in three clean sheets – the same number Maguire has managed in 11 starts. Morgan has started ten league games and kept four clean sheets. Only a fool would suggest Leicester are better off without their best centre-half, but they are certainly less dependent on Maguire than before.

The Foxes have quietly conceded fewer goals (17) this season than all but five sides, beating Arsenal (18) and trailing Everton and Tottenham by just one and three goals respectively. Over the last five Premier League games – the majority of which Maguire has been absent for – they have conceded fewer goals than Manchester City (4), with only a fantastic Liverpool side (2) able to match them. Kasper Schmeichel has kept more clean sheets than all but three goalkeepers in England’s top flight this campaign (5).

Leicester have crept up into ninth as a result, closer in terms of points to sixth as they are 12th. Trips to Fulham and Crystal Palace in their next three games offer a chance to pull further clear of the bottom half, while Tottenham would be irresponsible to underestimate them.

Puel stated on Tuesday that the “strength of the team” was “togetherness”, and his controversially sparing use of Jamie Vardy certainly shows he has no favourites. But it is further back where the manager has cultivated the greatest competition for places. Maguire has played just 117 minutes of a six-game unbeaten run; Leicester’s best defender is not part of their best defence.