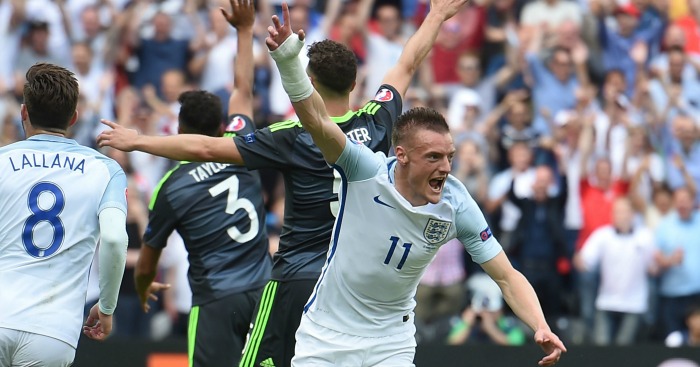 Jamie Vardy admits he would be open to an England recall ahead of Euro 2020 amid Gareth Southgate’s concerns over the fitness of Harry Kane and Marcus Rashford.

The Leicester striker retired from international football after the World Cup in 2018, but his Foxes form has seen him linked with a return to the fold.

England’s two premier striking options, Kane and Rashford, are facing a race against time to be fit for the tournament in the summer.

And although Vardy admits he hasn’t discussed the possibility with Southgate, he’s not ruling out pulling on an England shirt again.

He told Sky Sports: “Who knows? Gareth and I were both agreed that the door would still be open for whatever reason and then we would sit down and have a talk about it [if needed].

“We’ve not had the chat or anything yet and nothing has been spoken about. The lads (Kane and Rashford) are out injured, but they’re looking to be back in time. So only time will tell.

“I’m not going to lie, I’ve had a few extra days off in the international breaks so I’ve been able to switch off completely from football and it is always beneficial sometimes.

“Knowing that when you get back it’s constant again, it’s 100 per cent football every day so it’s one of those things that has benefited me.”

Vardy is the Premier League’s top scorer this term with 17 strikes – ahead of Kane, Rashford and Tammy Abraham.