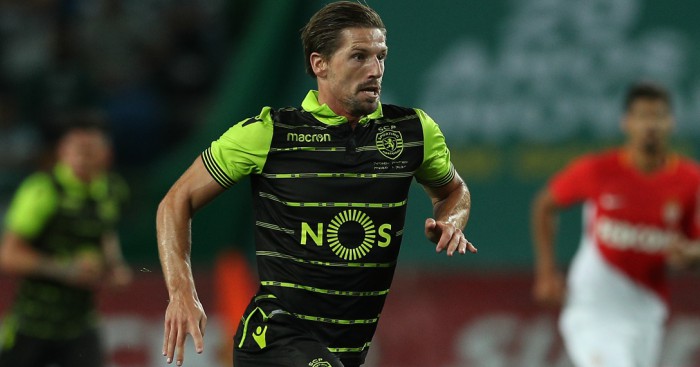 Leicester midfielder Adrien Silva insists he was “disgusted” by the injustice which has left him in exile.

The Portugal international cannot play for the Foxes until January after the paperwork for his £22million move from Sporting Lisbon was filed 14 seconds after August’s transfer deadline.

Leicester’s appeal was rejected by FIFA which has left Silva facing four months out and unhappy with the situation.

“I had a lot of desire to talk about the injustice,” Silva told Portuguese public broadcaster RTP.

“I was disgusted by this, but people calmed me, they advised me that I had to let go of a painful time to express myself in a calmer, less aggressive way. It was the best decision.

“The negotiations for my transfer to Leicester were very difficult. I had to make a lot of concessions to Sporting, I will not talk about them, it’s between me and the club, but I want to make it clear that I had to give up things so that negotiations could go on.

“I cannot hide that it was a big disappointment. I felt a great disillusionment with everything that happened, which I was not responsible for, but I am the big loser. It is not a short time without playing.”

Leicester moved for Silva late in the window after finally selling Danny Drinkwater to Chelsea but failed to get the deal done.

It has left Silva’s World Cup place for Portugal in doubt and he has already been left out of the recent squad.

“The talks were very late, on the last day of the market, because Leicester were selling a player, Drinkwater to Chelsea, and as long as that transfer did not materialise, mine could not be closed,” said Silva.

“Fernando Santos (Portugal boss) told me to be calm and to prepare for the best when I get to January. If I’m thinking about going to the World Cup?

“It’s something that is in my head all the time and I’m going to work so that I’m in the best condition when the time comes for the World Cup.”