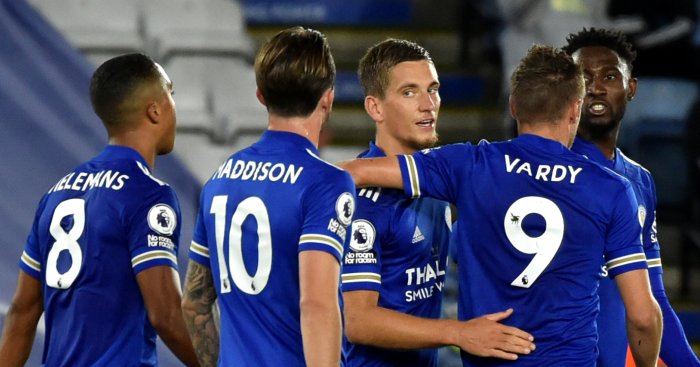 Leicester City were at odds with the other 19 Premier League clubs as the only ones to vote against plans to show games on a pay-per-view basis.

While there have been PR puff reports suggesting Manchester United’s Ed Woodward was no fan of the plan, Leicester appear to be the only club to actually formally oppose the scheme.

Daily Telegraph reporter John Percy tweeted that Leicester were the only opponents of the scheme, describing them as a “lone voice of reason”.

Understand #lcfc were the only club to vote against pay-per-view at today's Premier League meeting. Result was apparently 19-1. A lone voice of reason ….

The interim measure was confirmed on Friday after a clubs meeting, and means the non-televised games will be available via the BT Sport Box Office or Sky Sports Box Office platforms, for a reported price of £14.95 a game.

A solution for screening the matches had to be worked on after the planned return of spectators from October 1 was scrapped by the Government due to a rise in coronavirus cases.

FEATURE: Everybody Loves… football programmes – a memento to every matchday

“Under these new arrangements, the current live match selections will remain in place and will be broadcast as normal.

“In addition, the five matches per round not already selected will be made available to supporters on a pay-per-view basis, accessed via BT Sport Box Office and Sky Sports Box Office platforms.

“Clubs today agreed this interim solution to enable all fans to continue to watch their teams live.

“The Premier League has worked closely with Sky Sports and BT Sport to provide this arrangement and is grateful for their support. The agreement will be regularly reviewed in consultation with clubs and in line with any decisions made by Government regarding the return of spectators to stadiums.

“Football is not the same without supporters at matches. The Premier League and our clubs remain committed to the safe return of fans as soon as possible.”

The decision has already been met with criticism, though.

“This is a really bad move by the @premierleague to charge £14.95 for single matches that have been shown free for 6 months!” Manchester United great and Sky pundit Gary Neville said on Twitter.

This is a really bad move by the @premierleague to charge £14.95 for single matches that have been shown free for 6 months !

Last weekend’s Premier League matches were all shown live on either Sky Sports or BT – something we highlighted among five brilliant things about this stupid, daft season.

In September, matches were shown on those two broadcasters plus Amazon and the BBC.

All 92 matches of the restarted 2019-20 season were televised, with 33 of those games made available free to air.

The Premier League joined forces with the EFL and the Football Association to call on the Government to provide “clarity” over the road map to getting supporters safely back into stadiums.

The organisation’s chairman, Gary Hoffman, sits on the Sports Technology and Innovation Group (STIG) which looks at how technology can be harnessed to get fans back into venues.

It is understood each match will be on either the BT or the Sky pay-per-view platform, rather than on both at the same.