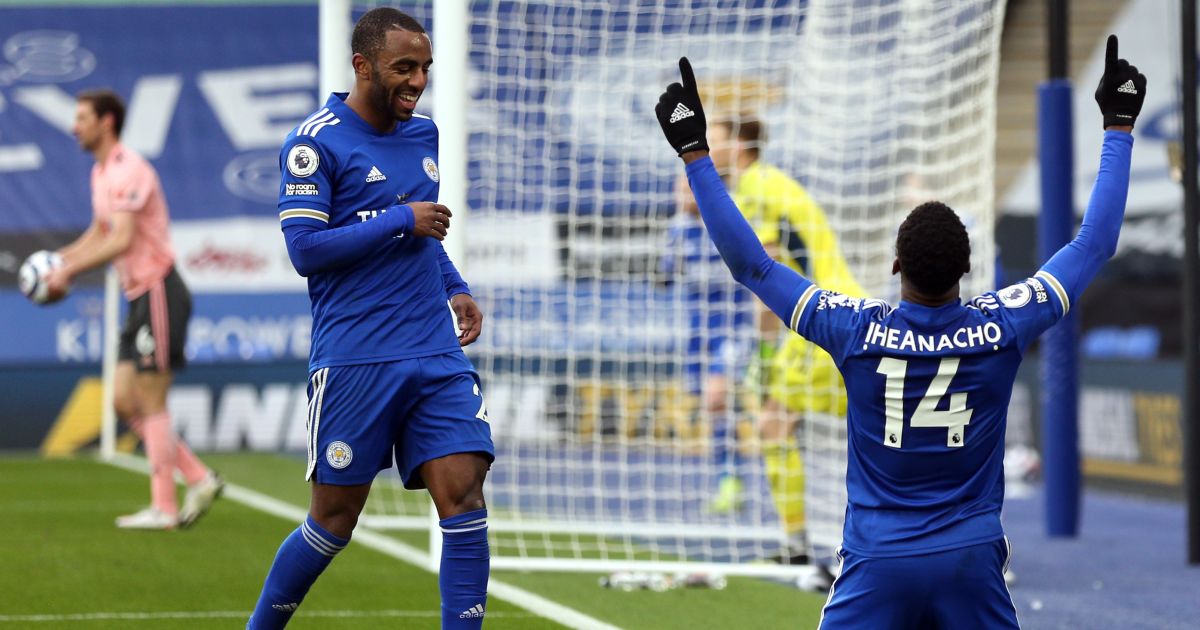 This always looked a lovely time to be playing Sheffield United at home. And if any team deserved that good fortune, it’s probably Leicester given their superhuman effort in remaining solidly among the Champions League places all season after last year’s disappointments and this year’s injury catastrophes.

For the Blades, a timely reminder that even this season the now departed Chris Wilder was still overachieving with the tools at his disposal. Their two years in the Premier League have been defined by fine margins. Last season, more often than not, those margins fell in the Blades’ favour. This year, they have not.

In a heroically bad season, 14 of the Blades’ now 23 Premier League defeats have come by a single goal. None before this had been by more than three. This one, on a rare occasion where the cliche is true, really could have been double figures. Last week’s defeat to Southampton was pretty meek, but the Blades have never thrown in the towel quite like this over the last two years. The spaces have never opened up the way they did in the second half after half an hour of token resistance.

5 – Sheffield United have now conceded five times in a match as many times under Paul Heckingbottom as they did in 227 games under Chris Wilder (once). Wounded. pic.twitter.com/xIYjpuwvEc

Sheffield United’s overall record has made it very clear that they are out of their depth as a Premier League team, but never has that particularly looked the case in a single game. Today they were embarrassed and embarrassing. Leicester’s players looked a bit awkward about it all by the end. Sheffield United are, of course, getting relegated. We already knew this. But how they get relegated still matters. Wilder never lost the support of the fans – he is certainly not one of those managers whose life has been made easier by their absence – and the reason was two-fold: gratitude for the journey he had taken them on, and acknowledgement that he was by far the likeliest source of any repeat.

One has only to look at Norwich to see what Sheffield United’s plan should have been and appeared to be. The rest of this season now threatens to be the sort of humiliation that could ruin everything.

Yet while this was a lovely fixture for Leicester, it was not ideal for the Blades. Even with key players missing, Leicester are a really, really good side. They were superb, taking full advantage of the gifts on offer in an attacking display full of brio.

The only very minor downside for Leicester from a very welcome straightforward 90 minutes was Jamie Vardy’s failure to accept the easiest of opportunities to end his goalscoring drought, but others have stepped up admirably. Kelechi Iheanacho was excellent again, having earned crucial points with his goals in the last two games and now taking centre-stage with a high-class hat-trick. Ayoze Perez was also superb in the front three and earned his goal. Vardy, meanwhile, did quite literally everything but score. Two assists, a shot turned in to his own net by Ethan Ampadu and a performance that should ease any concerns over his form.

Iheanacho’s efforts in recent weeks, though, exemplify the quality that has driven Leicester to the brink of Champions League qualification. They are wringing every last drop out of their squad this season. Talismanic top-scorer on a goal drought at the same time as your two key creative outlets disappear with injury? Up steps the striker who didn’t score a Premier League goal this season until February but now has six to his name.

Winning today was one of the season’s lowest-key achievements. What Leicester look increasingly likely to secure when the dust settles will be one of its most extraordinary.