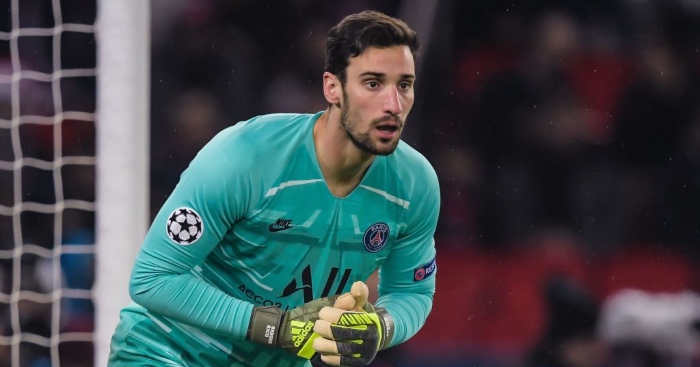 Rico is currently on loan at French champions PSG and is expected to feature in their Champions League semi-final against RB Leipzig next week.

He replaced first choice keeper Keylor Navas during the quarter-final victory over Atalanta and seems to have impressed scouts at Leicester.

According to The Sun, the East Midlands side are now looking at signing Rico in preparation for Schmeichel’s retirement.

The Danish shot-stopper is now aged 33, which means he is potentially entering the final few years of his professional career.

He captained the side to a fifth place finish in the most recent campaign and was also part of the Premier League winning squad back in 2016.

Current squad players Danny Ward and Eldin Jakupovic aren’t seen as future number ones which is why Rico is being monitored.

Sevilla are believed to want around £8 million for the keeper, which would be a steal if Leicester can pull it off.

Rico already has Premier League experience, too. He was on loan at Fulham for the 2018/19 season, where he played 32 times.

Although he only managed six clean sheets, this number could increase if the player has a better defence in front of him.

Under Brendan Rodgers Leicester have been solid defensively and have staked their claim as one of the top clubs in the Prem.

Jonny Evans has improved massively during his time with the Foxes and Caglar Soyuncu has been rock solid in central defence too.

These players could help Rico re-adjust to life in England and to enjoy a better season with Leicester next term.

If the club were to sign Rico, he would become their first new player this transfer window.

The club has so far let numerous players go and are yet to improve their squad. However, they’re linked with Sporting Lisbon winger Gonzalo Plata and RB Leipzig forward Emil Forsberg.