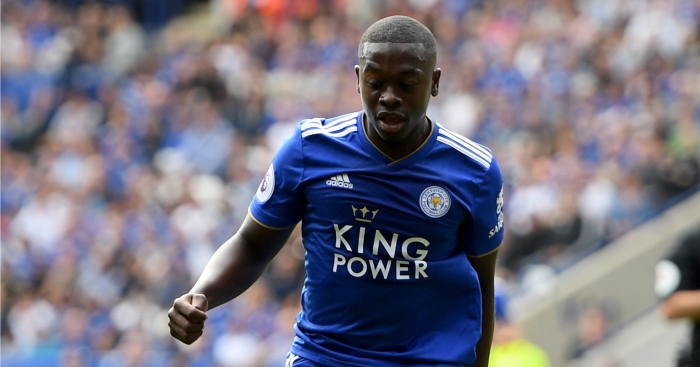 ‘Like a new signing’ are four words most often used to mask a lack of transfer activity: “We know we haven’t spent anything but Johnny Johnson will be just like a new signing.” Except Johnny is never anything like a new signing as you remember exactly why he was sent out on loan in the first place. You would have preferred an actual new signing with a shiny new name and you will absolutely not be fooled by such transparent nonsense.

But there was no need for such smoke and mirrors from Leicester, who quietly spent over £100m in the transfer window on seven players, only two of whom started on Saturday as the Foxes won back-to-back Premier League games for the first time since March. And yet it was not the tricky James Maddison or the unpredictable Ricardo Pereira who caught the eye but defensive midfielder Nampalys Mendy, the forgotten man of Leicester who really does deserve the billing of ‘like a new signing’. Two years after Leicester signed the Frenchman to replace the energy and intelligence of N’Golo Kante, he is finally doing a damn fine impression.

When Claude Puel reached deep into his squad to pick Mendy against Wolves last week, it had been 19 months since he had last played in the Premier League. On that occasion he had been hooked at half-time at St Mary’s with Leicester on their way to an abject 3-0 defeat. Mendy then played 90 minutes in FA Cup defeat to Millwall before succumbing to injury once again; by the time he was approaching fitness, his mentor Ranieri had been sacked. An unconvinced Craig Shakespeare sent him back to Nice on loan and Mendy’s name was seemingly consigned to a list of disastrous club-record signings along with Ahmed Musa and Islam Slimani. He had played in four Premier League games and not won a single one.

Also, having Papy Mendy back is like a new signing, thought we needed another Centre Midfielder in the window but forgot we had him. Worked really well with Ndidi against wolves and hopefully can have the form he had under Puel at Nice!🦊💙#LCFC

The twist of course was that Puel had managed Mendy at Nice and had even made him captain at the French club. He saw a future for the former France Under-21 international at Leicester when most had consigned him to the past, or simply forgotten he ever existed at all. Against Wolves he partnered Wilfred Ndidi – Leicester’s latest attempt to replace Kante after Mendy had seemingly failed – and suddenly the Foxes had two new Kantes, with both making exactly the same number of passes (47), tackles (3), interceptions (3) and fouls (2). He sensibly retained that partnership against Southampton and, two games into Mendy’s unlikely return, only John Stones can boast a better pass-completion rate in the Premier League.

It has all the hallmarks of an unlikely success story, apt for a manager who has been perpetually two bad results away from dismissal since the moment he got the job. While the media were suggesting that former pundit and managerial novice Thierry Henry could be handed the reins at the former Premier League champions, their actual manager – with 20 years of experience – has been busy building a youthful new side to compete in the top half of the table. Against Southampton, captain Wes Morgan was the only outfield player over the age of 26, while Jonny Evans was the only one of seven summer signings in that age bracket. If Puel is building a squad for somebody else’s future, he is doing a very thorough job.

Key to this construction job is the re-integration of Mendy. Do not be fooled by his diminutive stature; at 26, he is the old man of the Leicester midfield. When Puel’s young attacking players are inevitably struggling for consistency and the fans are screaming at what they perceive to be negative tactics, it is the resilience of the Foxes spine that will keep them in games against superior opposition. Puel pointedly talked about gaining results with “a good structure, mentality and by working together”; he might as well have blown up a big picture of Ndidi and Mendy, hunting down and recycling possession in midfield.

There are many, many dissenters among Leicester fans when it comes to the reign of Puel, just as there were among Southampton fans who found his tactics a little soporific. But you will find no such Leicester dissenters when you ask about the impact of probably the Foxes’ best (like a new) signing of the summer.