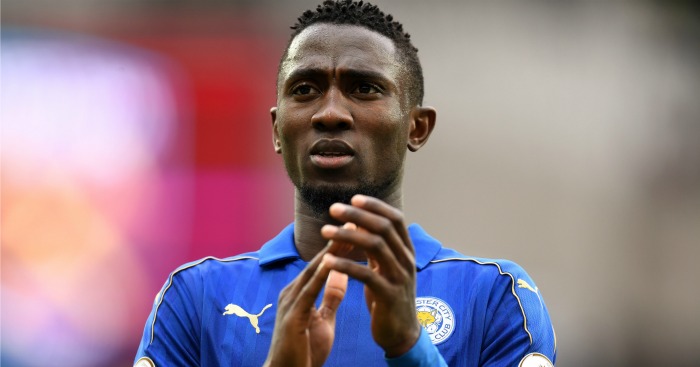 Leicester City midfielder Wilfred Ndidi has rebuffed transfer speculation linking him with a move away from the King Power Stadium.

A report from Nigeria had cited a man claiming to be the midfielder’s agent and had suggested that his client would be interested in a move to Manchester United.

Reports in England speculated that the midfielder was also coveted by Arsenal and that the Foxes were facing a battle to keep a hold of their man.

However, the 20-year-old has taken to Twitter to play down those claims and highlighted his commitment to the reigning Premier League champions.

“Please be informed this information is not true, I’m 200% with Leicester and I don’t know this person called Hakeem Bello,” Ndidi posted.

Ndidi joined Leicester in January for £15million, plus £3million in potential add-ons. The midfielder has enjoyed a great start to life at the Foxes, guiding them away from the relegation zone and into the Champions League quarter-final.

Please be informed this information is not true, I'm 200% with Leicester and i dont know this person called Hakeem bello pic.twitter.com/tafqTJ174b

The 20-year-old has even received praise from his manager Craig Shakespeare, who also commended the club’s recruitment department for signing the player.

“We did a lot of homework on him and I think we were one of the first clubs, if not the first, to show an interest in him,” Shakespeare said.

“I think he, and his family and agent, remembered that so we were in the driving seat. When other clubs came in for him he remembered the way we went about it first. He had other options.

“From what you’re seeing so far, we’ve got a good player on our hands.”