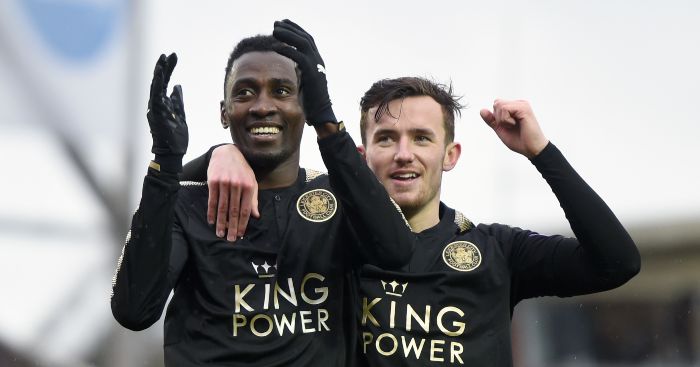 Leicester City midfielder Wilfred Ndidi has admitted that he is ‘flattered’ by links with a move to a top Premier League club.

Ndidi arrived in the Premier League from Belgian club Genk in a £14m deal back in 2017 and was an ever-present last season, quickly becoming a favourite of new boss Brendan Rodgers.

A number of top sides in England have subsequently been credited with interest in the 22-year-old, namely Manchester United, Arsenal and Champions League winners Liverpool – and the Red Devils should definitely take a punt.

The Nigeria international is currently away preparing for the 2019 African Cup of Nations, but admitted he is aware of interest from top teams.

“I am flattered when hearing such a thing,” Ndidi told Goal.

“It is very good to hear about that interest from big clubs, but there is nothing on the ground so I won’t care about it.

“I am focusing on AFCON with Nigeria now, and then pre-season with Leicester City. We have a great manager with ambition to compete with big clubs in the Premier League.”