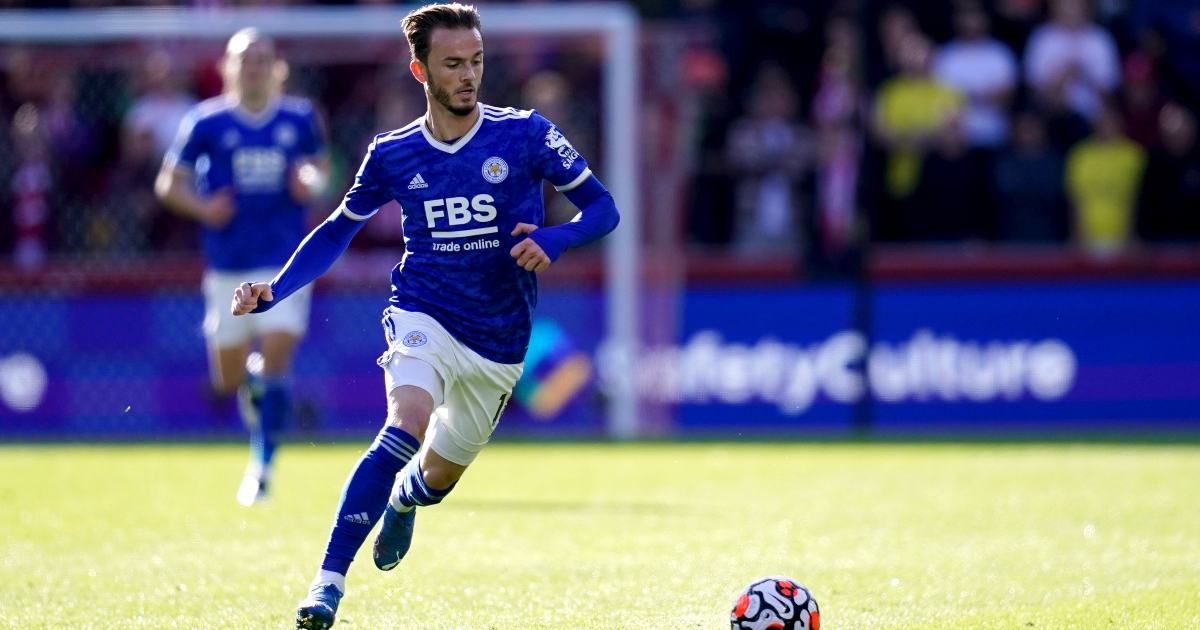 Leicester City midfielder James Maddison has opened on what has been ‘the hardest time in his career’.

The 24-year-old scored his first goal of the season during the Foxes 2-1 win over Brentford on Sunday.

It has been a tough spell for the Englishman, who has admitted to being low on confidence this year.

He was linked with a move to Arsenal in the summer. The Gunners reportedly offered Leicester a players-plus-cash deal, that was rejected by the Foxes.

Following the transfer rumours plus his subpar form, Maddison confessed he has been enduring the toughest part of his career so far.

“It has probably been the hardest time of my career. People on the outside don’t know my life and I am my own biggest critic,” he said (via the Mirror).

“If I have had a bad game, I watch it back straight away. I am very critical of myself.

“Goals and assists are a part of it, but it is about playing as well, to the level I know I can. I had a good chat with the manager and I told him I was a little bit low on confidence.

“That is the first time I have been able to hold my hands up and say that because it puts you in a bit of a vulnerable position, but that was me being honest.

“We looked at my best clips and what makes me a good player. In recent games, I have felt more like myself, like I had my swagger back. Sometimes you can overthink things.”

Youri Tielemans was also on target for Brendan Rodgers’ side against Brentford on Sunday.

The Belgium international has been linked with a move to both Liverpool and Manchester United in recent months.

His contract expires in 2023, and Rodgers is hopeful Leicester can keep old of the midfielder.

The former Celtic boss said: “Naturally it’s one the club will do everything they possibly can in order to keep Youri.

“My focus is on making him the best player he can be. It’s between his representatives and the club and hopefully they will find a solution.

“He’s a wonderful guy to work with, and today’s was a sensational strike. He creates goals, he scores goals and he’s a real brain in our midfield.”