Home All The News Leicester stars ‘cheesed off’ over Shakespeare 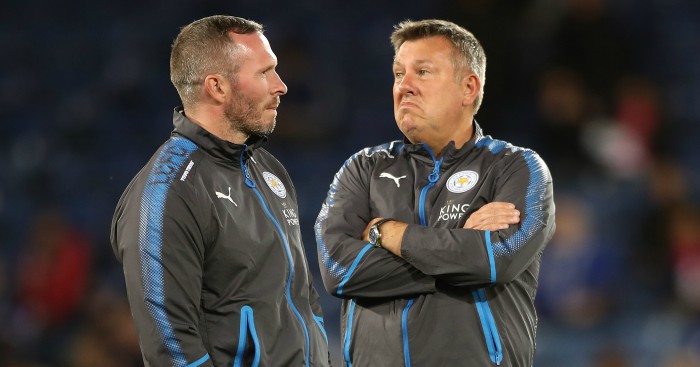 Caretaker boss Michael Appleton thinks the Leicester owners could face questions from the players over the sacking of Craig Shakespeare.

Appleton was placed in charge following Shakespeare’s dismissal on Tuesday afternoon and described the atmosphere among a “cheesed off” squad as “raw” when he took his first training session with the players.

The former Oxford boss said he was unable to answer the questions the players had about the reasons why Shakespeare had left and did not rule out the possibility of one or more senior players in the group requesting answers from the Thai owners.

“Obviously the meeting before we went out to training was a little bit raw,” said Appleton, whose first game is away at Swansea on Saturday.

“The lads were a little bit cheesed off first thing and a bit down in the dumps in the meeting that we had in the media room. People were disappointed and wanted questions answering but I’m not the person for that.

“From my point of view it’s all the questions that are for certain senior members and not myself. I didn’t release Craig and I’m not sure of the reasons why.”

Asked if there might be a way for a representative of the first-team squad to speak to the board to get answers, Appleton said: “I’m sure they will. I’m sure those conversations will certainly take place over the coming days.”

Shakespeare was sacked after Monday’s 1-1 home draw with West Brom left Leicester without a win in six Premier League matches and in the bottom three in the table, although Appleton had not felt any indication from the owners that the manager was under pressure.

Appleton hopes any players who feel Shakespeare was hard done by can channel that emotion to help Leicester gain a much-needed win against Swansea.

“There’s no doubt about it that Craig had an incredible relationship with everybody at the football club,” he said.

“These players want to win games, they want to win games of football for their manager, and if what’s happened over the last couple of days is the motivation that they need to get the three points, then great.”

Shakespeare has since thanked Leicester’s owners for giving him his first chance in management and said he expects the club to move clear of the Premier League relegation zone.

In a statement via the League Managers Association, he said: “I would like to thank the owners and board of Leicester City for giving me the opportunity to manage this fantastic club.

“My sincere thanks also to the players, who have always been a pleasure to work with. I have every confidence that, given time and once at full strength, this squad will pull away from its current Premier League position and soon deliver the high levels of performance they have demonstrated over the past three seasons.”