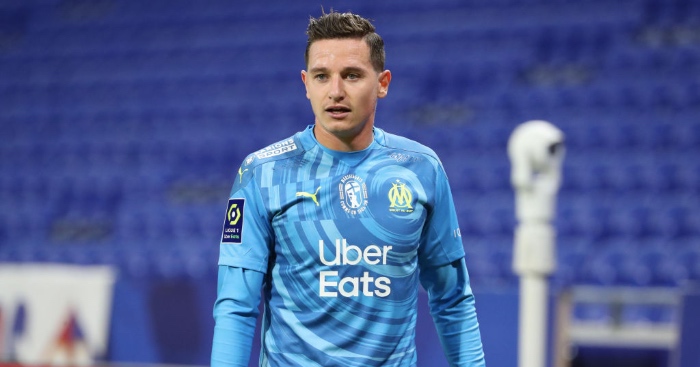 Leicester City target Florian Thauvin could reportedly be available on a free transfer next summer if he refuses to sign a new contract with current club Marseille.

The Foxes were linked with Thauvin in the summer after he found his form back in France, following a disappointing spell in England with Newcastle.

In the 2018/19 campaign, Thauvin scored 16 goals and assisted a further eight in just 33 Ligue 1 appearances.

According to the Leicester Mercury, Thauvin will be free to speak with Leicester in January about a move if he continues to put off a contract extension with Marseille.

The 27-year-old is contracted until June 2021, which means he would be allowed to talk to Leicester earlier than that under the Bosman ruling.

Marseille are understandably desperate to keep the Frenchman at the club. Sporting Director Pablo Longoria recently said that he doesn’t want to lose the important player and that everyone at the club should try their best to keep him.

Thauvin has enjoyed an impressive start to the season after rediscovering his form in France. He’s scored three and assisted four in his first seven Ligue 1 appearances this campaign.

That’s a marked difference from his time with Newcastle. While in the North East, Thauvin managed just one goal in 16 games and failed to break into the first team.

He spent one whole season at Newcastle before Marseille agreed to re-sign him for just £9.8 million.

Back in 2018, the French side put a £70 million price tag on Thauvin during the height of his form. But now it looks like the player may be able to engineer a return to the Premier League, if he aims to prove the English fans wrong.

A free transfer to Leicester could mark a clever deal for both parties. Leicester would have a new, exciting winger at their perusal that isn’t even past his best – he’s still only 27.

Meanwhile, Thauvin would get the chance to show that he can do it in the Prem. He could form a strong partnership with the likes of James Maddison, Jamie Vardy and Harvey Barnes.