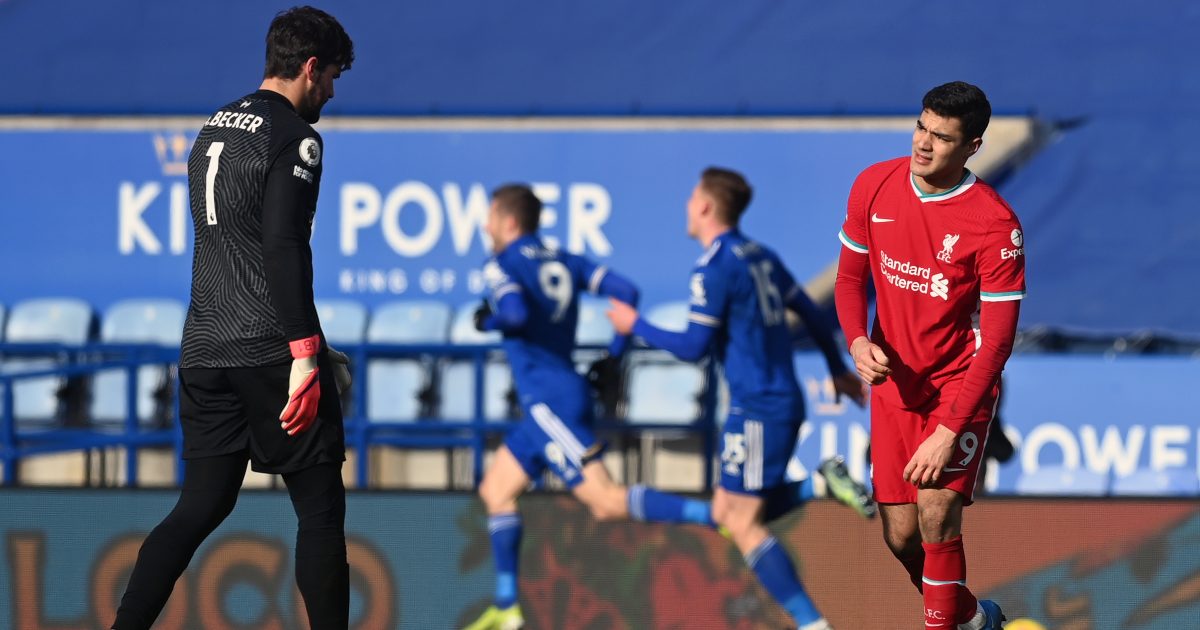 Leicester and RB Leipzig are “targeting” Schalke defender Ozan Kabak, who has been on loan at Liverpool, according to reports in Germany.

After impressing in the Bundesliga with Schalke, Kabak joined Liverpool on loan on February 1 for the rest of the 2020/21 campaign.

The Turkey international came in to ease their defensive troubles after Virgil van Dijk, Joe Gomez and Joel Matip all suffered season-ending injuries.

Kabak performed well for Jurgen Klopp’s side during the latter part of the season. He played 13 times across all competitions.

As cited by LeicestershireLIVE, Klopp insisted that Kabak has done an “incredible” job for Liverpool:

“Ozan was absolutely incredible, he did a great job. Not to forget he is a young, young boy with incredible experience already.

“He has been with different clubs, moved early from Turkey to Germany and played at two big clubs in Germany in difficult situations which were obviously not his fault, we could all see that when he arrived here.

“Yes, he took a little bit of time to adapt, but he did super things for us. I don’t know how many games out but against Leipzig (in the Champions League) he was incredible, we knew how good Leipzig could be.

The Reds have an opportunity to sign the defender permanently from Schalke this summer for £18m. But they are not to take up this option.

Instead, they are set to sign RB Leipzig defender Ibrahima Konate for around €35m.

Patrick Berger (Chief reporter for German outlet SPORT 1) has reported that Leicester and Leipzig are both interested in signing Kabak this summer.

Leipzig will be keen to replace Liverpool-bound Konate and they look to be targeting Kabak to fill that role.

The report adds that Schalke “urgently need to sell him this summer”. They had a torrid season in the Bundesliga in 2020/21. They finished rock-bottom on 16 points and they were 15 points adrift of nearest rivals Werder Bremen.