Leicester City will make former Liverpool boss Brendan Rodgers their new manager in the 'next 24 hours'. 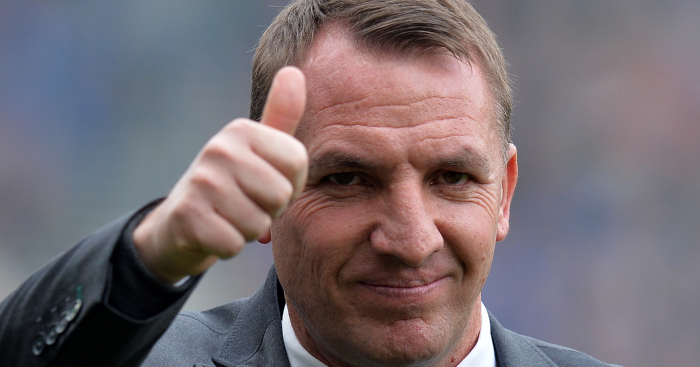 Leicester City will make former Liverpool boss Brendan Rodgers their new manager in the ‘next 24 hours.’ according to reports.

Rodgers is set to leave Celtic and take over at the King Power Stadium after widespread reports claimed the Foxes will land their number one target.

Claude Puel was sacked on Sunday after the 4-1 home defeat to Crystal Palace on Saturday, which proved to be the final straw for the Frenchman, who replaced Craig Shakespeare as manager in October 2017.

Leicester’s shock Boxing Day win over Manchester City and an away win at Everton on New Year’s Day had temporarily relieved some of the pressure on Puel, but his side have not won since.

In that time they have lost to League Two Newport County in the FA Cup, and in the Premier League against Puel’s former club Southampton, Wolves, Manchester United, Tottenham and Palace. Their only point since January 1st came in a 1-1 draw with Liverpool at Anfield.

They currently sit 12th in the table, eight points clear of the relegation zone, ahead of Tuesday’s fixture at home to Brighton.

Rodgers was installed as the early favourite for the job with reports claiming that Leicester would approach Celtic with a £6m offer to take their manager off their hands.

Now the Daily Mail says that Leicester have ‘agreed a deal in principle’ to make Rodgers their new manager.

The Foxes have ‘convinced’ Rodgers to become Puel’s successor and hope that the Northern Irishman can ‘galvanise a talented squad’.

Rodgers backroom staff of Chris Davies, Glen Driscoll, and Kolo Toure will also reportedly join up with him at the King Power.