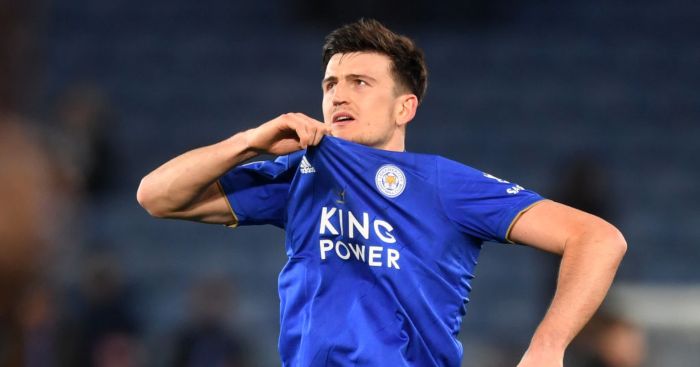 Manchester United’s £70million offer for Harry Maguire will be rejected as it falls short of Leicester’s valuation, PA understands.

Ole Gunnar Solskjaer is looking to add an elite-level centre-back, with the Old Trafford club targeting the England defender just as they did last summer.

However, Leicester do not want to sell Maguire and are under no financial pressure to let the 26-year-old leave the King Power Stadium.

Manchester City are also reportedly interested in the former Sheffield United and Hull player, but United have made their move with an offer in the region of £70m.

Maguire is currently on holiday having been given an extended break following his part in England’s Nations League campaign in Portugal.

And, while not the type to agitate for a move, PA understands the centre-back has made Leicester aware he is open to exploring other opportunities.

That is a different stance to last summer, when interest was swatted away by the Foxes before the England international signed a new and improved deal through to 2023.

United have already signed right-back Aaron Wan-Bissaka from Crystal Palace in a deal rising to £50m, while they are keen on Newcastle midfielder Sean Longstaff having also snapped up Daniel James from Swansea.

Burnley’s James Tarkowski is a potential replacement for Maguire at Leicester but the Foxes have Filip Benkovic returning from a loan spell with Celtic, where he worked with Leicester manager Brendan Rodgers before the Northern Irishman moved to the midlands in February.

Maguire joined Leicester from Hull for £17m two years ago and has made 76 appearances for the club, scoring five times.

He also has 20 caps for England, scoring once in last summer’s 2-0 World Cup quarter-final win over Sweden.