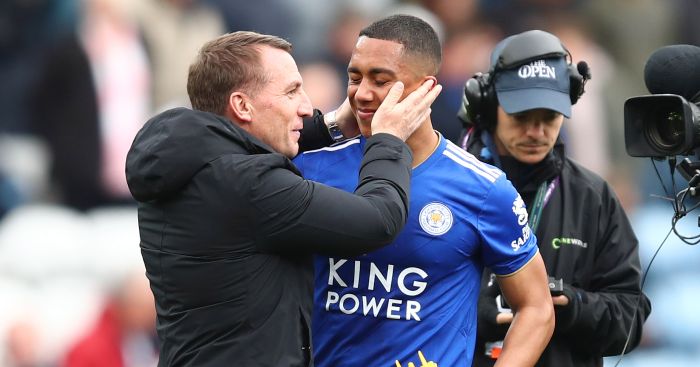 Leicester have completed the club-record signing of Youri Tielemans from Monaco.

The midfielder takes the Foxes’ summer spending to nearly £80million after penning a four-year deal with the fee for Tielemans believed to be around £40million. Leicester are living up to their potential this summer…

The 22-year-old, who had been linked with Manchester United, spent the second half of last season on loan at the King Power Stadium.

He told the club’s official website: “It is such a great feeling to sign for this club. Ever since I arrived on loan last season, all the players, the staff and the fans have been fantastic with me, so I’m thrilled to be able to become a Leicester City player.

“I believe that we have the talent in our squad to achieve something special and for any player, that’s an exciting thing to be a part of.

“I really can’t wait to get started again with this club and do everything I can to help my team-mates.”

Tielemans made 13 appearances scoring three times for the Foxes last season during his loan spell, which involved Adrien Silva moving to Monaco on a similar deal.

Silva remains at Leicester after the end of his loan but is unlikely to be one of Brendan Rodgers’ first-choice midfielders.

He joins Ayoze Perez and James Justin as new arrivals under boss Rodgers this summer.

Perez cost £30million from Newcastle while right-back Justin joined from Luton for a fee which could reportedly rise to around £8million.

Rodgers added: “I’m delighted that Youri has chosen to be part of Leicester City’s journey.

“It’s an incredibly exciting time for this football club and to be able to bring players of Youri’s quality here is an indication of the hunger for success we have here.

“Youri fit brilliantly into the squad last season, he’s already shown that he’s capable of making an impact in the Premier League and he adds another option to an incredibly talented group of players here at Leicester City.”