Home F365 Says Leicester and some kind of transfer sorcery… 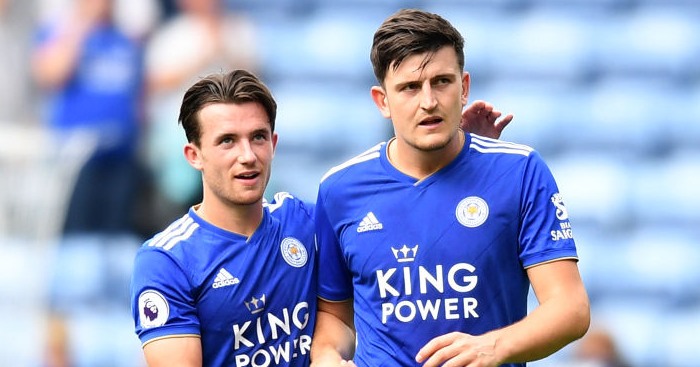 It’s like some kind of sorcery. Too little is made of the magic that has taken place in Leicester. More impressive even than the perfect storm of their 2015/26 title win is their sustained improvement over the last four seasons while selling one player every summer for over £30m. And no, that is not a sign of weakness or a lack of ambition but extraordinary transfer business. Strength for those outside the financial elite is not always about keeping players but about knowing the optimum time to sell and eking out the most generous fee. Leicester have absolutely nailed it.

The key is clearly to sell just one a year – Riyad Mahrez had to impatiently wait after someone inexplicably offered over £30m for Danny Drinkwater in 2017, while Ben Chilwell won the race with James Maddison to leave for Champions League football in 2020. Others can now form an orderly queue – at least five players (Maddison, Wilfred Ndidi, Youri Tielemans, Caglar Soyuncu and Ricardo Pereira) would command similar fees and a sixth (Harvey Barnes) could strengthen his case for similar billing next season. To have that depth of talent and, let’s be honest, value in their squad and still emerge with a positive net spend over the last two years is astonishing.

Only Palace can claim to be similarly in the black since 2018, and that is pretty much solely down to the sale of Aaron Wan-Bissaka, an anomaly of a player and a transfer more indicative of Manchester United largesse than any actual Palace policy. The south Londoners have spent practically nothing in that time while Leicester have invested more than either Liverpool or Spurs while simultaneously selling players for more than £200m. Clubs with similar ambitions – Everton, West Ham, Wolves – have only mastered the most expensive half of that magic trick.

In the last two years, Leicester City have sold three players for £200m who cost them £17.4m to buy. Have gained more points in each season. If you sit outside the financial elite, selling is a sign of sense not an admission of weakness if you get the recruitment right.

All this and yet Leicester continue to improve – from 44 to 47 to 52 to 62 points last season, when their tired stumble over the line obscured what they had actually achieved. When the dust had settled, we calculated that only Sheffield United had performed better against expectations.

And this without a centre-half – and student of Greek ancient history – who became the most expensive defender in world football when he joined Manchester United. We suspect that they will similarly shrug off the loss of Chilwell; if you are going to lose a player for £45m, make it your second-best full-back.

And still they emerge. At 24, Soyuncu was easily the oldest player in Leicester’s back four as they won a friendly on Wednesday afternoon, while 18-year-old midfielder Sidnei Tavares was this pre-season’s first recipient of a Rodgers ‘outstanding’; stay patient, young man, and you could be 2025’s summer transfer to Chelsea.