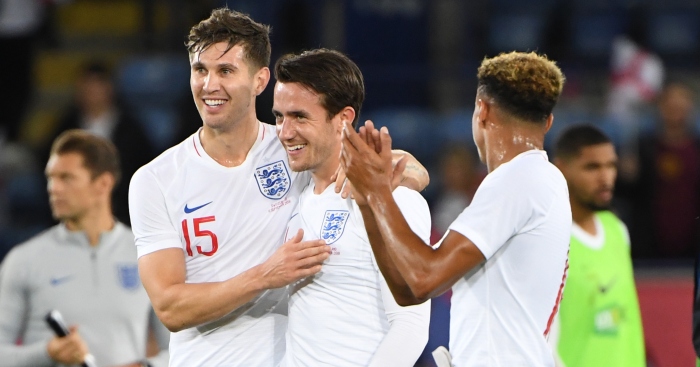 Leicester’s Ben Chilwell has been called into the England squad as a replacement for the injured Luke Shaw, the Football Association has announced.

Chilwell, who made his Three Lions debut as a substitute in the 1-0 friendly win over Switzerland at the King Power Stadium last month, had originally been included in the Under-21 squad.

But the 21-year-old will now take the place of Manchester United left-back Shaw, who will miss the Nations League double-header against Croatia and Spain, in Gareth Southgate’s senior ranks.

Chilwell has established himself as first choice in the same position at Leicester and has been an ever-present in their Premier League side so far this season.

He moves up to the senior squad with the blessing of Under-21 boss Aidy Bothroyd, who praised Southgate for looking within the current set-up to find his replacements.

“It’s great the first thing Gareth does, when a player gets injured, he looks to the 21s or the 20s and the 19s now as well,” he said.

“He is promoting young talent and for the rest of the guys in the pathway it makes our job a lot easier because they know if they do well they’ve got a chance.”

Both Chilwell and Foxes’ team-mate Demarai Gray were added to Southgate’s previous squad and, while Gray remained on the bench, Chilwell was handed his senior bow as a late substitute for Danny Rose.

Shaw appeared to be limping out of Old Trafford following United’s 3-2 comeback win over Newcastle on Saturday.

The club said in a statement on Monday night that “it remains to be seen” if he will be available for United’s Premier League clash with Chelsea at Stamford Bridge on October 20, but gave no details about the problem.

Shaw made his first England appearance in almost 18 months when he started the Nations League defeat to Spain at Wembley in September, only to be forced off with a head injury early in the second half.

The squad arrived at St George’s Park on Monday ahead of their game against Croatia in Rijeka on Friday – where their Nations League clash will be held behind closed doors as part of a UEFA punishment doled out to the hosts after a swastika was marked on the pitch at a Euro 2016 qualifier three years ago.

Southgate, who signed a new contract until 2022 last week, and his players will be hoping to exact some level of revenge, having lost in extra-time to Croatia in their World Cup semi-final in the summer.

While he has kept the spine of the squad that took England to the last four in Russia, Southgate has also handed out a number of first call-ups this time round.

Brighton defender Lewis Dunk was also brought in for the first time as a replacement for the injured James Tarkowski.