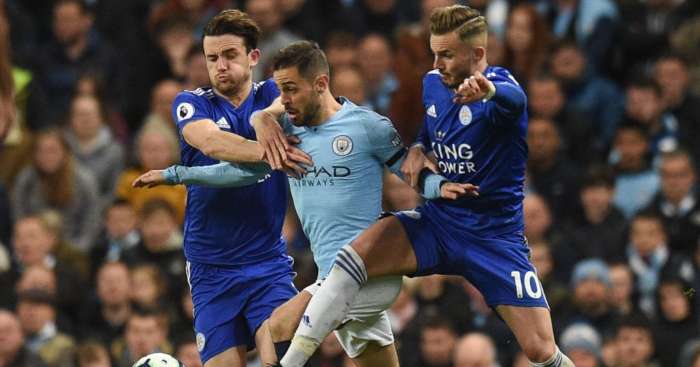 Maddison, 22, is in line to make his Three Lions debut in the coming days as Gareth Southgate prepares his players for a Euro 2020 qualifying double-header against Bulgaria and Kosovo.

The former Norwich man was called up to the senior England squad last September alongside Foxes team-mate Chilwell.

But, while Chilwell has gone on to pick up seven caps and arguably establish himself ahead of the likes of Danny Rose and Luke Shaw as England’s first-choice left-back, Maddison is still waiting to make his senior bow.

Having begun the season well at the King Power Stadium and played a big part in Leicester’s promising start, Chilwell believes Maddison will be ready to add a similar level of creativity should his first England chance arrive in the next week.

“I know the quality he brings,” Chilwell told talkSPORT when asked about his colleague.

“I think there was that stat last season that he created the most chances in the Premier League.

“Even at the start of this season he has shown with two or three assists, he creates a lot every game and that is a big thing for us at Leicester and I’m sure if he gets the opportunity to play for England he will be the same.

“The first thing that comes to my head is that he is very hungry to do well for himself and for the team. He is very confident in his ability and is very good around the place.

“At Leicester, he came in last season and tried to prove himself in the Premier League and I think now he feels is a valued member of the squad – and he shows that on the pitch.

“I’ve had a conversation with him and he wants to bring goals and assists. When he gets his chance to play for England he is going to want to impress and stamp his mark with big tournaments coming up.”