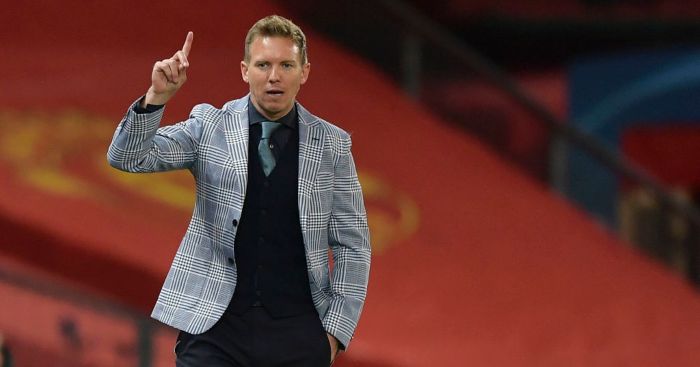 The two strikers are on a three-man shortlist, with Nice’s Kasper Dolberg the third target.

Bild claims the Bundesliga side will only be looking to take one of the three men on until the summer.

It would be an attractive prospect for both Iheanacho and Origi, who have struggled for minutes for Leicester and Liverpool respectively this season.

Iheanacho has made 18 appearances, but he’s started just two Premier League games and all three of his goals have come in the Europa League.

But the Nigerian has been a stalwart compared to Origi, who has featured for just 13 minutes in the Premier League and has scored just once, in the 7-2 League Cup victory over Lincoln.

READ MORE: Who would win a Clone Premier League?

Leipzig’s other option would be Danish striker Dolberg, who has three goals in 11 Ligue 1 appearances for Nice this season.

Half a season for the German side would be hard to turn down for any of the three men, especially with Leipzig still in the Champions League and just four points behind Bayern Munich in the race for the title.