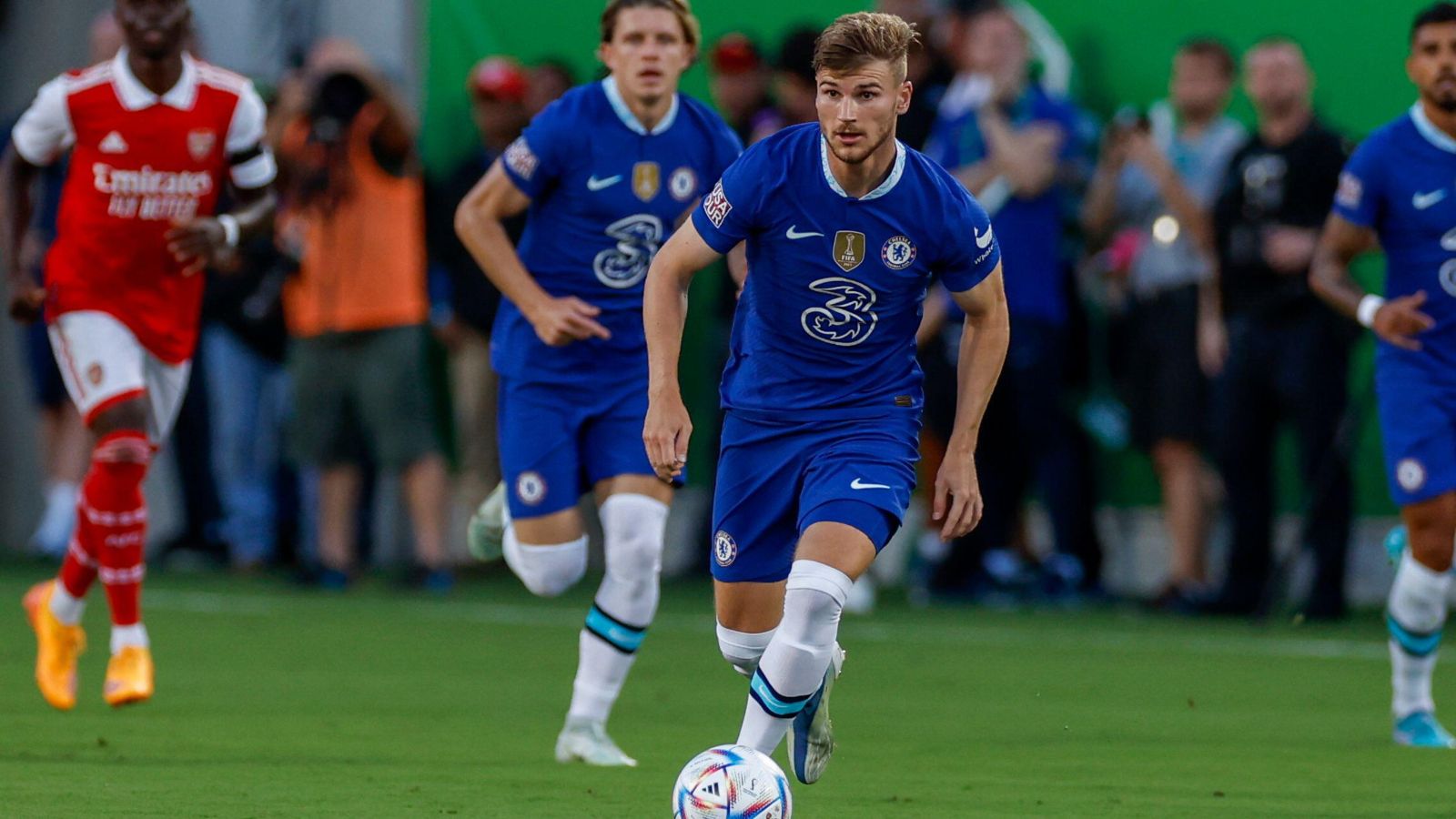 Chelsea striker Timo Werner is set to sign for Bundesliga side RB Leipzig soon, according to transfer expert Fabrizio Romano.

Werner was expected to be a goal-scoring machine when he joined the Blues from Leipzig in 2020 after scoring 34 in 45 matches the season before.

But he has not replicated that form in a Chelsea shirt with Werner bagging 23 goals in 89 matches and scoring just ten Premier League goals over two seasons.

Chelsea have already allowed Romelu Lukaku to leave the club this summer in a loan move to Inter Milan, while they brought in Manchester City forward Raheem Sterling to help increase their threat up top.

And it now looks like Werner is on his way too, as Chelsea continue to look for a new striker, with Romano claiming former club Leipzig are ‘set to sign’ the German.

Romano adds that it ‘will be a permanent deal and not a loan’ and Werner – who ‘agreed’ personal terms a month ago – ‘will leave’ Chelsea with the ‘final details being discussed’.

On his future, Werner said last month: “It is hard to say (if clear the air talks are needed).

“First of all, the most important thing is that I am happy. I am happy when I play and score goals. That’s the fact. That’s what I should take care of and the other things will come.

“I could be happy everywhere. It is hard to say (why I’ve struggled for game time).

“I didn’t ask but I think of course the manager always has different ideas, different thoughts and what you need in different games, I think in many games I was not in his thoughts so I try to change that.

“It is clear I want to play more and I should play more to first be in good shape for the World Cup and also, to have a chance to play at the World Cup.”

He added: “In pre-season you can show that you want to play, that you are a guy who wants to be in the starting XI. That’s what I try.”

Chelsea boss Thomas Tuchel admitted at the time that he was “surprised” by Werner’s comments. Tuchel said: “I’m surprised, I would be very happy as a young guy having a contract at Chelsea Football Club.

“I would be one of the happiest people on the planet.”

Asked at the end of July if there was any substance in reports linking Werner to Leipzig, Tuchel replied: “I don’t think so.

“I don’t know about it, Timo has not talked to me about it. In the moment I think he wants to make his way at Chelsea. He has still to prove a point.”