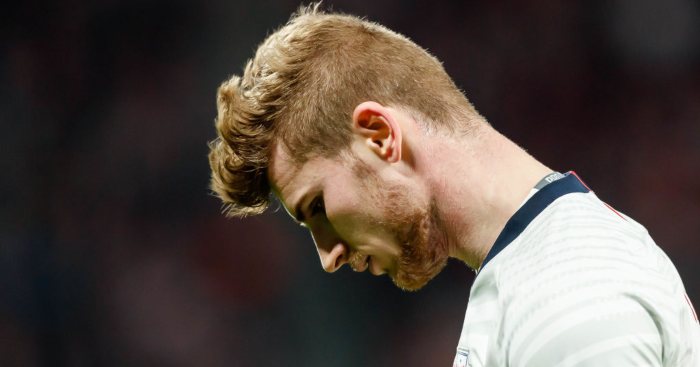 RB Leipzig CEO Oliver Mintzlaff claims that the club are “deeply relaxed” over Timo Werner’s future amid speculation he could leave for Liverpool.

The Reds have been strongly linked with a move for the Germany international, who is being viewed as a back-up option to their attacking trio of Roberto Firmino, Sadio Mane and Mo Salah.

Liverpool are reportedly prepared to meet Werner’s release clause of €58million (£50m), while the player himself has stated that he admires the reigning European champions.

FEATURE: Every Premier League team’s greatest (and next?) one-club man

However, Mintzlaff isn’t losing sleep over a potential deal with Werner having another three years left on his contract at Leipzig.

“I’m deeply relaxed about Werner,” Mintzlaff told Sky Deutschland. “He hasn’t signalled yet that he wants to leave at the end of the season and he doesn’t have to. He has a contract until 2023.”

Meanwhile, Didi Hamann has warned Liverpool against making a move for Werner as he doesn’t think the Germany international would fit into their system at the moment.

“I don’t think he’s a player for [Bayern] Munich or Liverpool [with] the way they play at the moment,” Hamann told The Athletic’s Steilcast Podcast.

“I read quotes from journalists or people close to the club in Liverpool when he always said Liverpool is a great club [and that] Klopp is the greatest trainer, that he was a bit too forward in showing interest in going to Liverpool.

“Where’s he going to play? Even if Mane or Salah go, [then] out wide is not his position and the centre-forward position, the way they do play, is probably the most crucial one.

“Firmino is probably a bit underrated in some people’s eyes. He’s a ball-playing centre-forward, he probably doesn’t get the goals that other players get.

“But he brings other players into position and that’s certainly not Werner’s game, so [it’s] a no from me.”