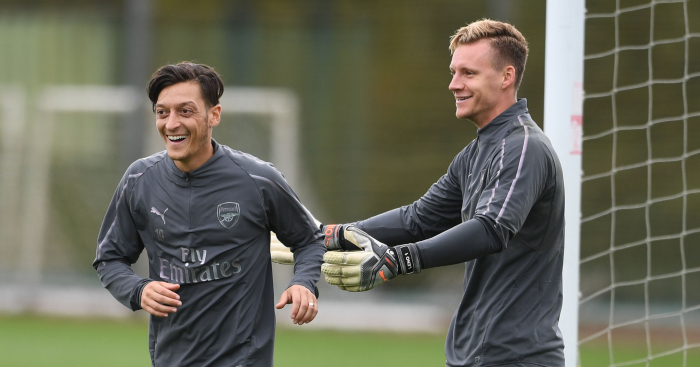 Bernd Leno remains “convinced” that he made “the right decision” in joining Arsenal this summer.

Leno left Bayer Leverkusen to join Arsenal for £19.3million in June, but has yet to make his Gunners debut.

Petr Cech has started each of the club’s first three Premier League games, leaving Leno to watch on from the bench.

But the German international is unperturbed, and insists his time will come.

“I am convinced my move was the right decision,” Leno told Sport Bild.

“Arsenal paid a lot of money for me, I received a good welcome.

“I won’t get crazy over this [being on the bench]. It maybe takes a few weeks or months, but my time here will come. I’d love to play straight away. But I won’t lose my patience, the coach has shown me a clear plan and I believe in it. But sure: I always want to play and as soon as possible here.

“My style of play fits Unai Emery’s idea of play. He likes a high-positioned goalkeeper, who can also initiate play.

“That’s what the coach told me before the move, and again only recently. That’s my game. Arsenal were looking for a keeper for that.”

Glenn Hoddle: If we’d beaten Argentina, we could have won WC98 (Planet Football)