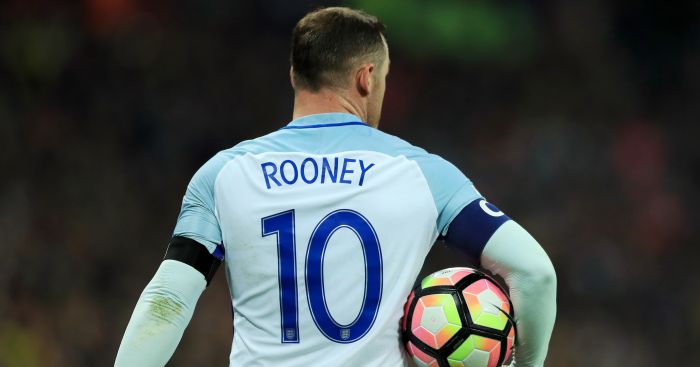 FA chief executive Martin Glenn says that Wayne Rooney’s behaviour “doesn’t set a great tone for the England captain” after he was pictured ‘drunk’ in the England team hotel.

Rooney admitted in a statement that the images which emerged this week of him, in the words of the The Sun, being ‘too drunk to stand’, were “inappropriate for someone in his position”.

Glenn is keen to play down the incident but says the FA are trying to establish the exact details of the evening.

“Don’t make a drama out of it. We are having a proper investigation into what went on. It’s disappointing,” Glenn said. “It’s appropriate that he apologised. It doesn’t set a great tone for the England captain but I don’t want to over-dramatise it either.

“Were there FA staff involved? We’re establishing the facts. We’re talking to people who were there to find out if anybody from the backroom staff was involved.

'F365, sneering, whining bunch of no-nothing know-it-alls.' Thanks Darko Treyne, we love you too. https://t.co/K8lvpDdhGB

“Why on earth would you be doing that given there is a team agreement around alcohol consumption during camp? There would be questions asked for sure.”

Glenn was keen to stress the importance of working with the England players to develop guidelines that everyone can adhere to.

“There’s been a journey. A strict disciplinarian like Fabio Capello where the players were closeted away, it was seen not to be a good success,” Glenn added. “Roy Hodgson brought a more liberal approach. Roy was right, let’s treat people like adults.

“The best agreements are when players come up with their own rules and then work with them. I think we’re probably in the right ball park. We just need to have a degree of trust and make sure when we agree something as a group, we stick to it.”