Home F365 Says Let’s not pretend that Spurs are not a ‘step up’ from Everton, Mr Townsend 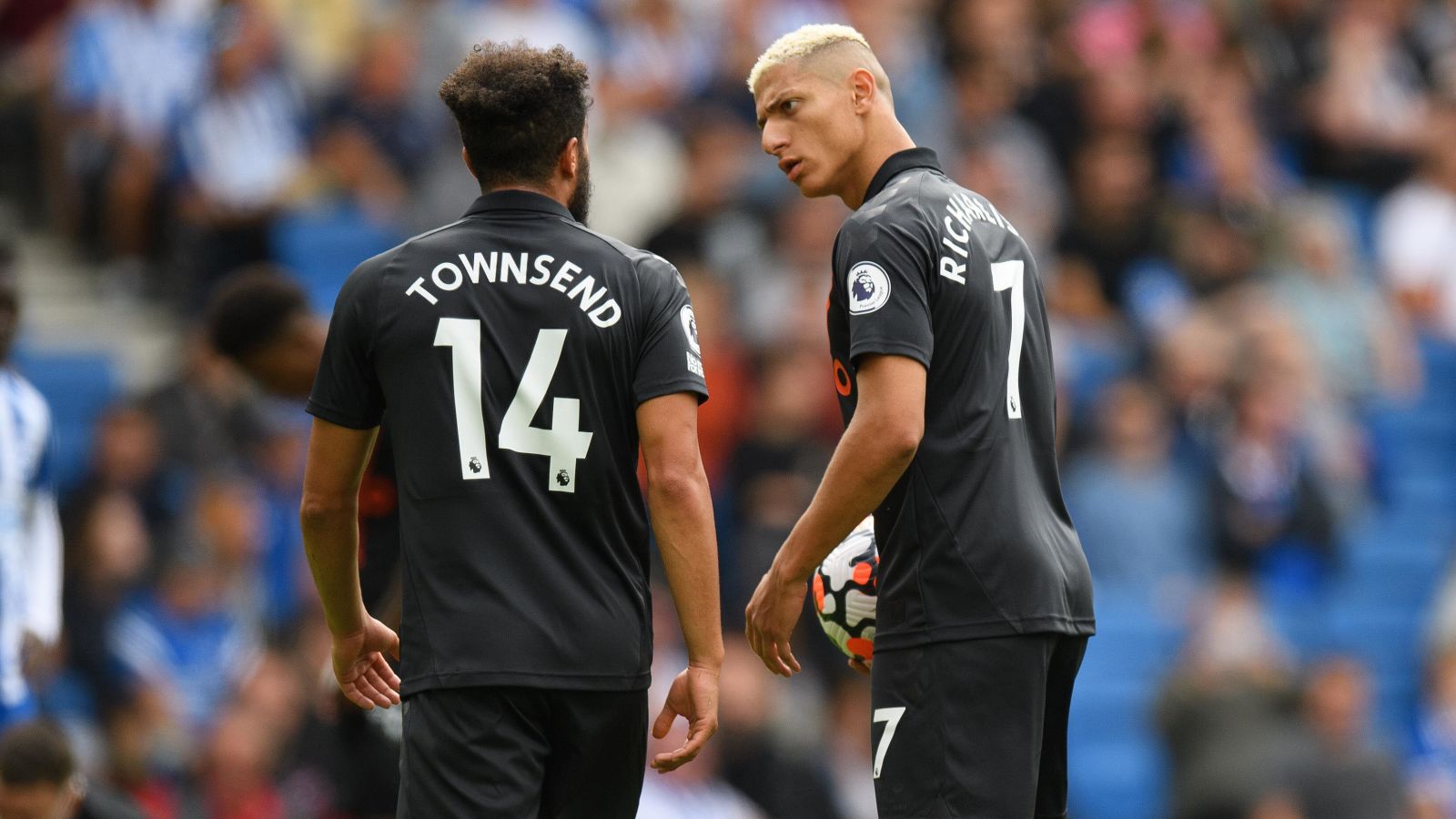 Spurs are right now a better bet than Everton. We all know this. Andros Townsend knows this. So why can’t he say it?

Football fans are forever locked in unending debate about whose club is better or bigger and no amount of empirical data will ever override their own bias or self-serving criteria.

We know this. It’s a concept as old as the sport itself. But there’s also its transfer-specific cousin, thanks to the concept of a ‘step up’ or ‘step down’ or the sheer baffling pointlessness of a ‘sideways move’.

“Why would he go there when he could stay here with us?” ask incredulous fans. But while players are keen exponents of ‘big club’ discourse, most notably when highlighting a desire to put said club back where it belongs, often because they find themselves at a Premier League club in all but name (admittedly harder these days now Leeds and Nottingham Forest are actual Premier League clubs again) it’s rare to hear them venture directly into ‘step up’ territory. The immediacy of transfer talk makes it trickier than the more nebulous ‘big club’ concept. That can never be settled because you can cherry-pick criteria that entirely coincidentally makes your club bigger than whichever tinpot little club happens to be quite wrongly claiming otherwise. Essentially, the Big Club Debate can never be ended because first everyone would have to agree on the terms of the debate, and this will never happen.

The ‘Step Up’ chat is a specifically transfer-themed discourse and thus is inevitably about now and the near future and that makes it harder to dispute, especially when the current fortunes of clubs are so starkly opposed.

No such qualms for Everton’s Andros Townsend, though, when faced with discussion of Richarlison’s long-touted potential move to Spurs.

“He’s already a hero at Everton for what he’s done. He’s a fantastic player and towards the end of the season the goals he scored to keep us up.”

Now Andros, bless him, has stumbled blindly into an absurdly extreme example of this phenomenon. His own three concluding words – “keep us up” – are alone enough to torpedo his own argument. Even under Nuno, Spurs never actually looked like they might need any help staying up.

There’s little point going further into explaining the myriad ways in which Tottenham are conspicuously a step up from Everton at the moment, but f*** it, we’ve nothing better to do so we might as well. If we stopped ourselves doing things just because there was little point then none of us would be here. Spurs, for instance, are in the Champions League. Spurs’ manager is Antonio Conte, and Everton’s manager is Frank Lampard. Spurs have the best of the modern stadiums, while Everton’s great old ground is falling down around them. And most obviously of all, Spurs are trying to buy Everton’s best players and offering them ones they don’t much want anymore in return.

In fact, the only current similarity between Everton and Spurs is that Dele Alli couldn’t get a game for either of them.

Townsend’s may be the grandest such claim we have ever seen in the wild – certainly from a player or pundit – but it is still part of an old trope.

You can waste hours of your life arguing that Everton are a bigger club than Spurs. League titles would become a very important criterion here, for instance. But even the Toffee-est Toffee in Goodison couldn’t really argue Spurs aren’t a better option right now, however vexing that may be.

Now clearly Townsend is in a tricky position because he’s a current Everton and former Tottenham player talking about a potential transfer between those two clubs. You could argue that his first and most grievous error was going on talkSPORT to talk about these things at all because he is on an absolute hiding to nothing.

Like the Boris Johnson acolytes forced to debase themselves on a daily basis in the seemingly all-encompassing and consuming defence of whatever indefensible thing Big Dog has been up to lately, it is almost impossible for Townsend to say anything at all that doesn’t invite ridicule on one hand or make life awkward at work on the other.

In a sensationalist post-truth world there is simply no way Townsend could risk even acknowledging or accepting someone else’s statement that Spurs would be a step up for Richarlison. We all know how that plays. ‘Everton star urges team-mate to make step up at Spurs’ and so forth. You have to keep your current employer on side even if it means saying something palpably ridiculous, because saying nothing once the subject is raised is tantamount to saying the other thing anyway.

You could argue that Townsend’s own history with Spurs is a factor here too. He came through at Spurs but was never able to fully establish himself in the first team, spent loads of time out on loan and eventually had no option but to make what he presumably considered a sideways move (historic club, big fanbase) to Newcastle before eventually ending up at Everton via a decent if now logically inexplicable five years at Crystal Palace.

He might just have a bit of an axe to grind with Spurs. There’s clearly mischief in his words. He must know deep down that he’s talking bumgravy.

But wouldn’t things – not just in football – be better if we could acknowledge obvious truths without having to worry about people’s deeply held delusions?