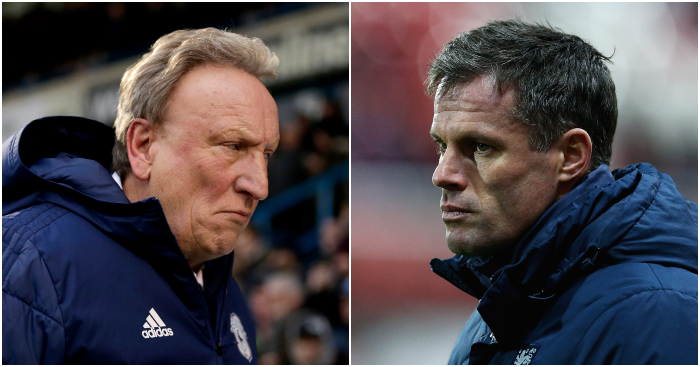 People often want to keep politics out of football. Here at Football365 (home of pinko liberal snowflake feminazis) we’ve heard it from readers many times – as soon as we raise a contemporary societal issue or express a political viewpoint.

I’ve always thought this is ridiculous as everything that happens in society is political, in football as much as bin collections or libraries. And also how you view football issues is inevitably influenced by your personal politics, whatever they may be. The two things are always entwined, the one informing the other. Saying you don’t want politics in football is typical of some of the game’s less progressive instincts. In my experience, those who don’t want me to put politics into pieces do not agree with my standpoint. Those who agree are usually pleased to read an endorsement of their point of view. We need to get beyond both those positions..

Football and politics can share an innate sense of tribalism. It’s us v them. They can whip up the same pro and anti feelings, the same cheers of support and boos of disgust. Perhaps that’s why for a long time football and politics have largely been kept apart as far as possible. With a few exceptions, players kept their political views – if they had any – to themselves. But surely we have to learn to grow up, not be afraid to say what we believe in and why, and not be antagonistic to football people who do likewise, even if they don’t stand on the same platform.

Possibly the least surprising thing to emerge from this weekend’s football was the fact that Neil Warnock is pro-Brexit. Who’d have thunk it? Neil plays the role of everyone’s arsey Yorkshire uncle to perfection, capable of making sweeping statements about almost anything with the sort of absolute certainty that only comes with not knowing much about them.

“I can’t wait to get out of it, if I’m honest. I think we’ll be far better out of the bloody thing. In every aspect. Football-wise as well, absolutely. To hell with the rest of the world.”

The final sentence is beautiful misanthropy and perhaps the finest expression of the whole Brexit mindset. One which could be put on the side of a bus, perhaps. I’m really glad he said it. It needed saying and needed saying by him. In a few short words it crystalised so much.

Whatever the truth about Brexit, I’d much rather hear Neil saying this than have him bite his tongue (admittedly unlikely) even though I don’t share his view. In fact, it all adds to the colours of the rainbow.

It goes back a long way for me, back to hearing Bill Shankly. He is a revered figure, partly because of how he managed Liverpool but also because he saw football as an expression of his socialism.

“The socialism I believe in is everyone working for each other, everyone having a share of the rewards. It’s the way I see football, the way I see life.”

I drank deep from this cup when a young teenager and it has stayed with me. I wasn’t bothered what label it had politically. It just made so much sense. In the same way “I am he as you are he as you are me and we are all together” seemed to paint with the same brush. It was an important part of how I began to construct an understanding of the world.

Brian Clough gave money to striking miners and was also proud to call himself a socialist: “Of course I’m a champagne socialist. The difference between me and a good Tory is he keeps his money while I share mine.”

And then I read all about Paul Breitner and he was also really influential with comments like this in the mid 1970s when he played for Bayern Munich: “The Bundesliga is big business. Almost everything revolves around money. There is no room for socialism. The whole business of transfer fees is unlawful, it’s contrary to human rights and basic human dignity.”

Later he abandoned this leftist outlook along with his beard, bought sports cars, was sponsored by a tobacco company and imported his own sausages when playing for Real Madrid. But his words were still inspirational. And inspiration is what we lose if no-one talks about this stuff and leaves it to the chattering classes.

I’d like to hear managers and players talking like this again. Expressing their views honestly. By all being scared of social media and tabloid press making a huge fuss, we are denying inspiration and education for each generation. Obviously, we live in a febrile world of social media and that can whip up a storm for a few hours, but keeping that in check shouldn’t be our only consideration.

At the time, the views of Breitner, Shankly and Clough were regarded as serious, considered opinions which many shared and which many didn’t. Life went on. Nobody wet themselves in fury.

In the 1988 Scottish Cup final Mick McCarthy made his political outlook known. Mick – a son of noble Barnsley mining stock – just refused to shake the hand of Margaret Thatcher. A simple gesture from the big man and well appreciated by many, I’m sure. And he had an absolute right to do so.

Some are unafraid to speak out though. And we should welcome that.

Jamie Carragher was on 5 live’s Pienaar’s Politics show on Sunday and was very articulate about why he was very anti-Brexit. “I do think that the people were lied to…people don’t like to admit they were wrong.”

Peter Reid is very politically active, speaking at Labour Party rallies and in support of a People’s Vote in typically Reidy style.

Sol Campbell has campaigned for the Conservatives and while some of the interviews he’s given on the subject – such as this one – seem at times to be confused or inchoate, at least he’s interesting and different.

Sadly, today, football’s noisiest fans tend to be the most tribal, forever looking for a reason to eviscerate a player or a manager and their political persuasions would certainly be one of the things in the abuse addict’s crosshairs. Just look at James McClean’s experience over his perfectly reasonable choice not to wear a poppy. But perhaps that is partly because so few players take a public stand on anything, so if anyone does, they take all the pelters. We need to change this culture to something less juvenile and more reasoned.

And who wouldn’t love to see Neil Warnock and Sol Campbell on Question Time arguing with Reidy and Carra about the single market? Get me ticket to that gig.