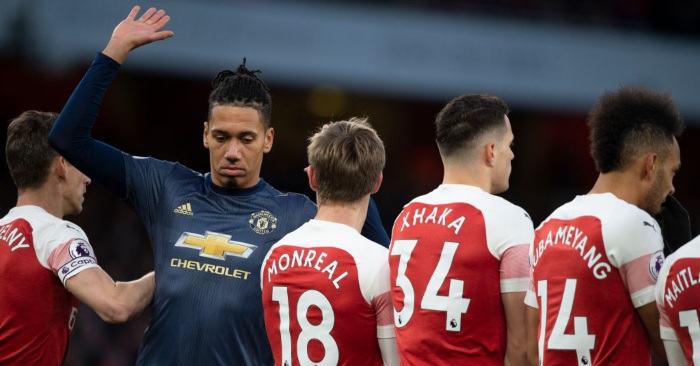 Arsenal have no interest in spending big this summer. Manchester United are spending clumsily, happy to look busy rather than develop a coherent investment strategy. At the other end of the table, Newcastle United have fallen from Rafael Benitez to Steve Bruce.

In all three cases, fans are justifiably furious with their owners’ intent, but in the media – and among neutrals, which should really include the media – much of the discussion around their respective crises focuses on bad decision-making, on mistaken investments, on directionless management. Implicit in these critiques is the assumption that the goal for these clubs is to win trophies and that their current status is a mistake. Implicit is the assumption that to compete at the very top is profitable and, therefore, still the fundamental purpose of owning a football club.

But what if that’s not true? What if billionaire businessmen – cold, callous and cynical by their very nature – are only interested in profitable stasis, and are happy to lie through their teeth to win the PR battle? When clubs are owned by the super-rich, they become just another business in the portfolio, run solely to make money. There is no need to take big risks and no need to invest for higher rewards, particularly in such a volatile market. There is nothing bad, mistaken, or directionless about their strategies. They are succeeding in their objectives and, by continuing to define our punditry with terminology that suggests these clubs are striving for trophies, we help sell – or at least cover up – their cruel and destructive intentions.

We already know this, of course, and have done for some time now. We already know football has sold its soul, and yet we talk about clubs like Arsenal and Manchester United as if they are still striving to be the best, even when the evidence is staring us in the face. Fair enough: some things are just too painful to acknowledge. But everywhere in society we see the rich and powerful brazenly lie, and yet when it comes to football we spend very little time thinking about just how often we are being played.

There is no shock in Arsenal having a transfer budget less than half the size of Aston Villa’s despite a decade at the top of the game. It is only shocking if you think they’re actually trying to succeed in footballing terms. TV and prize money for participating in the Europa League is roughly one third of the Champions League, and so a decent-ish run in the premier European competition is worth roughly £40-60 million more than a similar performance in the secondary tournament. Look at it from a business perspective: is that reward worth the risk of heavier financial investment given the competitiveness of the top-four race? What Arsenal fans realise – and the rest of us choose to ignore – is that Arsenal make money remaining the sixth-best team. Who cares if that is soul-crushing for the fans? They truly do not matter.

United’s situation is even more disgraceful but is equally glossed over. Pundits talk about Ed Woodward’s failure in player recruitment, about the club’s mismanagement, but that is simply not true. Under Woodward, United’s revenue streams have exploded, totalling profits of £651million over the last ten years, per Swiss Ramble. Missing out on Champions League money is certainly a financial problem for the chief executive to address, but not winning trophies simply is not. (What a gift Ole Gunnar Solskjaer has been by the way, a yes man and also somehow a fan favourite, all smiles as he toes the party line of steady growth and ‘United values’.)

There is no reason whatsoever to assume the Glazers, who have taken almost £800million out of the club in the last nine years to finance their initial investment, care at all about on-field success given the supporter base and commercial value of the club has not been depleted by their slide down the table.

Again, we already know this and again, the fans are vocal about it. But the media should do more to shift the focus of the conversation and begin using the correct terminology, because to suggest either of these clubs is somehow under-achieving is to drink the Kool-Aid and conform to the owners’ propaganda.

It makes sense to pretend to be aiming for titles, but with TV money exponentially increasing and talks of a Super League always gaining momentum there is zero incentive for Arsenal or United to actually do so. To assume that being on top of the world is a financially worthwhile target – a popular line – is wishful thinking, and ignores the facts of Man Utd’s increasing profit margins, Liverpool’s outstanding coaching with surprisingly little net transfer spend, or the political ‘sportswashing’ motivations behind the acquisition of Manchester City.

Newcastle is a more openly discussed case of heartlessness and corporate greed, but only because Mike Ashley seemed to bask in the limelight during his early years at the club while Kroenke and the Glazers have hidden. But even here we often miss the point, lamenting the untapped potential of that fanbase as if Ashley is making an error, is foolishly missing out on something.

There is no meaningful profit to be made from taking Newcastle from 17th to seventh. As Ashley knows from the giddiness of Alan Pardew’s fifth-place finish and the relegation that followed, climbing up the table does not necessarily mean greater security – and certainly isn’t worth the financial risk.

His desire to sell the club brings some hope that fan protest, and bad PR more generally, can grind these owners down, can tarnish their personal brand enough to make ownership toxic – although Ashley’s love of attention perhaps makes him particularly vulnerable to genuine hatred from a community. By contrast, Kroenke and the Glazers do not live anywhere near their assets, they do not need to read the papers, and they do not even need to attend AGMs. You don’t get to the top of the capitalist food chain without developing a thick skin – or, in other words, without being a cold-hearted bastard.

We avoid referring to these clubs as businesses whose only purpose is to churn out profit because it is convenient for us to do so. But United, Arsenal, and Newcastle are not shambolic football clubs, they are successful corporations. If we choose to talk about them as trophy hunters then we choose to help sell their owners’ narrative to fans and, more alarmingly, potential new investors in the Premier League.

Do UK Students Know MLS Mascots | Who Are Ya?