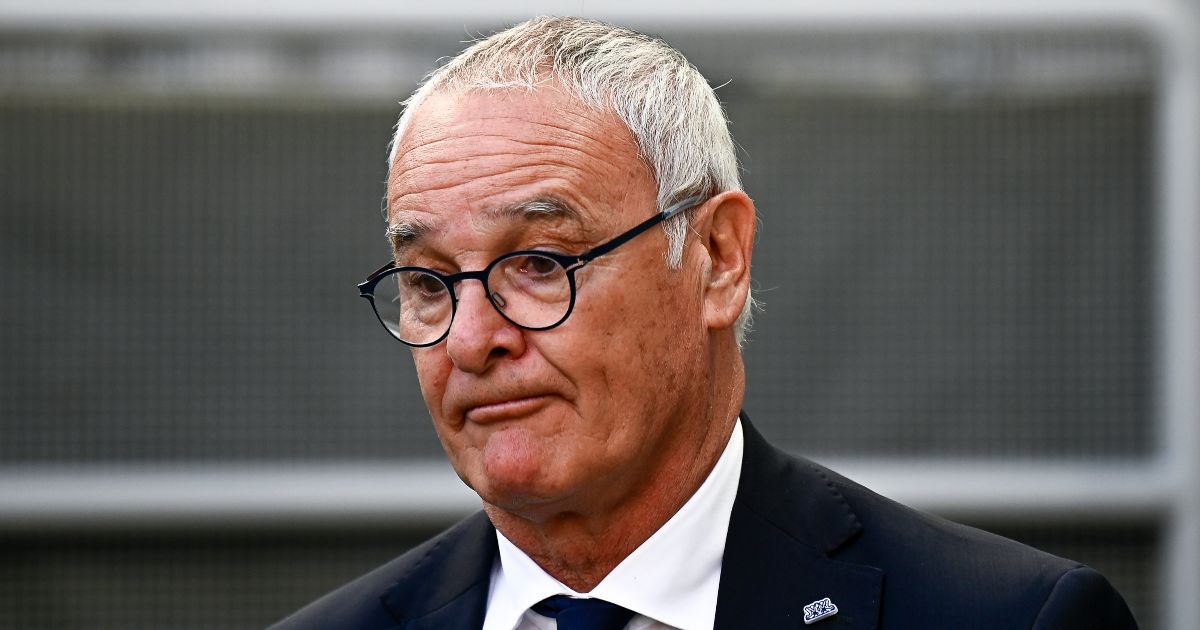 Will Spurs now go for a ‘proven failure’ as their next managerial target? Get your views in to theeditor@football365.com…

The answer for Spurs
So, it would seem that Levy’s criteria are: Low maintenance, cheap, doesn’t want a big transfer budget, preferably has managed Chelsea, preferably Italian.

Let me get this straight
Spurs went from a proven coach (Conte), to a coach with something to prove (Fonseca), to a coach who cannot prove anything (Gattuso). What next? A proven failure?
Tunji, Lagos

Sponsors…
I was actually quite pleased to see both Ronaldo, Pogba and Locatelli move strategically placed bottles of things they disagreed with.

While I understand FIFA has obligations to sponsors players shouldn’t unless they have specifically made an agreement with said sponsor.

FIFA/Uefa/FA gets to sell placement of sponsors and utilise a players face and reputation while the player does not receive anything as a result of it and worse
..they can’t even choose it.

If a player disagrees with a sponsor, he’s not allowed to skip the interview. In fact he can’t even skip the tournament without retiring from international football as many players have been fined by national FAs and punished in other ways for refusing to appear prior to retirement.

So either give players the option to skip the interview or move the bottle as I don’t think it’s fair a player has to implicitly endorse something that they disagree with. In ronaldos case it’s not even a knee jerk thing he’s been dissing coke for years and in an interview about his kids has said they’re not allowed to drink it. He genuinely disagrees with the idea of selling sugar water to kids (or at least that sugar water anyway) why should he then have to be pictured next to said item and be made to look like a liar to both fans and his kids?

Governing bodies have said a religious player can object why can’t someone object on other moral grounds?

Southgate says sponsors are good for grassroots, I just don’t believe that. The tiniest fraction goes to grassroots, like a guilt payment. The rest goes straight to the banks of clubs and governing bodies.

Personally I think players should have the option of choosing the sponsor which gets proximity to themselves and if not they shouldn’t have to do the interview, which if we’re all honest nobody really cares about anyway.
Lee

This ongoing furore over Coca Cola bottles at press conferences is pretty funny. Its a slight tangent, but I just wanted to briefly point out that The Coca Cola Company owns far more brands than just soft drinks/fizzy drinks/soda/pop (whatever you want to call it).

They seem to own over 50 brands of bottled water, so there is a chance that the bottles of water the players and managers are prioritizing over Coca Cola, is in fact, Coca Cola-brand water (the videos aren’t high-res enough for me to tell). Another brand owned by Coca Cola is Powerade. So obviously, when John Nicholson’s article on Ronaldo and Sponsorship needed an image to illustrate how damaging Ronaldo is to the Company, the perfect photo to choose was one where he was drinking from a Powerade sports bottle. Of course, the Stock Market is as emotionally-driven and irrational as John Nicholson, so none of this mattered and the share price fell nonetheless.

For what it’s worth, advertising and sponsorship is certainly important to Sport as a whole, but that doesn’t mean bottles of Coca Cola and Heineken are appropriate to be displayed in front of players during press conferences, and I think the players are doing the right thing in moving that nonsense to the side.
Oliver Dziggel, Geneva Switzerland

Fred
Maybe, just maybe Fred is really good, but really underrated, I once said if he was a City player he would have made 2 team of the year’s by now. At man utd, the situation is a bit toxic, the fans don’t like him, opponents underrate him as a result, I once heard a United fan say, what can he do exactly, he can’t pass, he can’t shoot, he can’t take risks, he can’t attack, he can’t defend, nothing.

What is that? I had to ask myself why he was even signed in the first place, turnes out he was really good with shakhtar, and I mean really good. When he playes good, like he did last season against Aston Villa or leeds, they say, what a surprise that from Fred, when he is not his best version but makes a game changing contribution like he did against Tottenham, they say, well, he only did one thing, the rest of the time he was rubbish. Don’t get me wrong, it’s always okay to constructively criticize a player, they do that many times with Bruno and Rashford but do that with Fred, don’t just throw him away and say that nonsense ‘he is not man utd standard’ or the other one which does not apply to him but applied to Lukaku ‘he is a good player, but he is not what we need’.

Go and watch the Copa America, I was originally lamenting the decline in quality of the national teams of Brazil and Argentina and taking him for an example, I said something along the lines of he would not make the England 4th squad, it was testament to how underrated he is that no one even cared to argue that he would improve their 1st squad. I mean, who could be there from first to fourth assuming they always play 3 in midfield, Foden- Phillips- Bellingham, Grealish- Rice- Henderson, Mount- Winks- Ward-Prowse, Maddison- Barnes- Chamberlain? Depending on the manager, he will get into the fourth team, but when you consider that Mount can play deeper, Bellingham can play DM, maybe not. But does it even matter, What I see from Fred the Brazilian, no other player can provide, the first game was against a depleted Venezuela, but the second was against a solid Peru and he performed even better, the difference? The first game, Casemiro played alongside him, The second, Fabinho did, Pogba played best for United when Matic had his best spell, so what was the difference with Pogba again..
Sa’ad 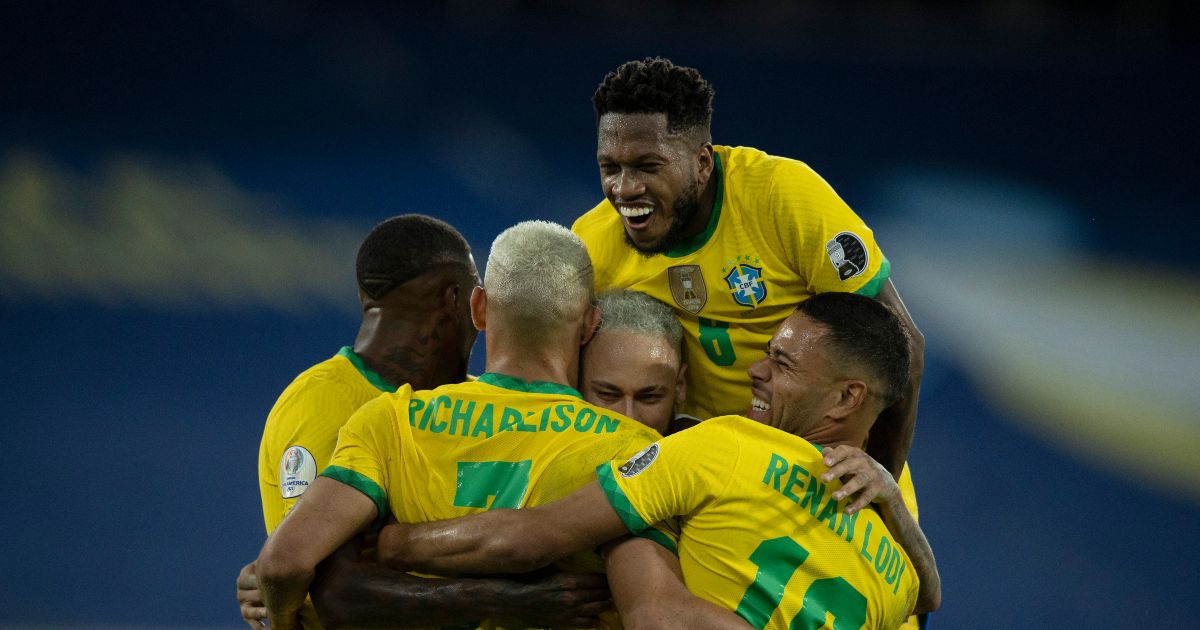 Follow Italy’s lead, Gareth
Give me some of that stuff you’re on!Hoddle would have them chanting Krishna, Shearer would bore the arse off them and Gaza would have them running into one another pished.

It’s the press that need a reality check.

Concussion
Surely with concussion currently being a huge issue across multiple sports, the French medical team should be pulled up for their handling of the Benjamin Pavard head injury and the aftermath the other night? UEFA saying that it ‘seems’ a loss of consciousness did not occur is the ultimate example of them avoiding the issue and trying to move on, while at the same time being seen to question the report from the team doctor. Pavard himself admitted after the game that he was “a little knocked out for 10-15 seconds”, and it was obvious to anyone watching by the way he fell to the ground that he was knocked out from the initial contact, however temporarily. For the French team doctor to subsequently produce a report stating that he never lost consciousness is absolutely scandalous and very worrying – leaving aside the issue of whether he should have been allowed to continue, or should potentially miss the next game due to concussion protocols – how it was handled by medical people who supposedly have the players’ best interest at heart is absolutely staggering. The brain injury charity Headway have already called them out on it, and the football authorities need to do better.
David Horgan, Dublin

Phil Foden the robot boy
Can i just thank SC, Belfast for pointing that out, i genuinely laughed out loud and he’s so on the money it’s unreal.
Anthony, Dublin, [could see Maguire as Pinocchio]

E-mail just received: ‘I’d believe you if you told me that Phil Foden was starring in a movie about a robot boy who doesn’t know he’s a robot boy and is being raised as a human being.’

Cheating…
In response to Martins e mail about cheating, I have to say I was hoping that after what happened to Erikson, players would take a long look at themselves and maybe think twice about pretending to be hurt but alas I think it’s gone so far we probably cant get rid of it. FIFA and the other associations seem to have decided it’s acceptable and therefore nothing will be done about it but it does make football hard to enjoy sometimes.

One thing id like to know is what do the physios make of it all? These are highly trained intelligent people who are basically having their skills wasted a few times a game. Do the players say to to them that they are faking it or do they tell the physio they are genuinely hurt? To be honest it all leaves a sour taste in the mouth.

Anyway I’m away to be grumpy about something else and hopefully both teams lose tonight.
Sam, Newtownabbey