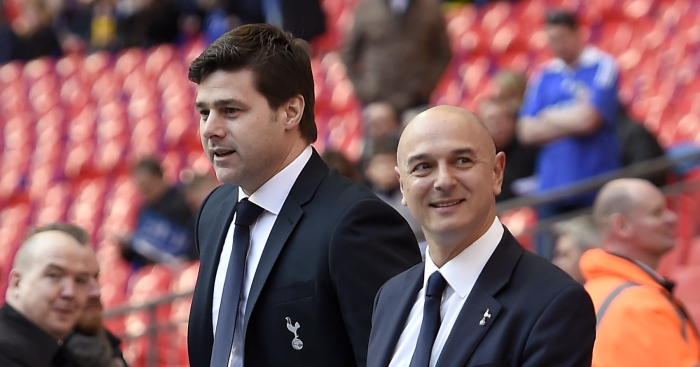 Levy and other Tottenham board members met with representatives of the Tottenham Hotspur Supporters’ Trust to discuss a range of subjects, from the academy to the ongoing stadium build.

The THST have kindly offered the minutes from the meeting, which you can read in full here.

But one of the hottest talking points was Tottenham’s complete lack of transfers, as they became the first Premier League side to ever oversee a summer transfer window without making a single signing.

Levy says that Mauricio Pochettino had planned for more departures, and “didn’t want to sign someone for the sake of it”.

“[Levy] explained that the club had based the summer window on certain assumptions that some players might be leaving and certain targets would be available.

“[Pochettino] didn’t want to sign someone for the sake of it. He felt there were sufficient players in the squad, and that those coming back from injury would be like new signings.

“[Levy] said that, concerning budgets, the stadium won’t directly impact on the transfer policy. There is a certain amount earmarked for transfers and the club can only spend what is available. [Levy] also said that transfers were complicated with several variables so it was not possible to work out in advance how much you could spend in a given window.

“[Levy] felt a bit of luck was needed in the transfer window. Spending big did not guarantee success. [Levy] said the club could not do more than it was doing, that they had come a long way and that they needed to be mindful not to stretch themselves too far sometimes.”